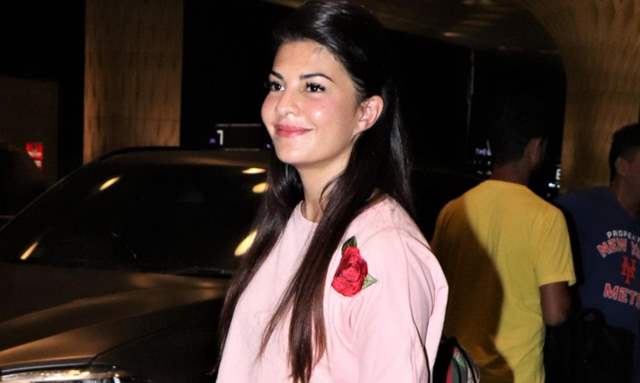 The lockdown caused due to the COVID-19 pandemic undeniably brought all of our lives on an abrupt break. Adapting to the new normal,  Bollywood Miss Sunshine Jacqueline Fernandez too is now back to her happy place, and she couldn't be more elated about it.

The Kick actress has been making headlines for her back to back announcements of projects, and the actress is all set to live her life out of a suitcase and so much more.

During a recent interview with Mumbai Mirror Jacqueline spoke about her busy shooting schedule and revealed that she will fly off to Dharamshala in a couple of days to commence shooting for Bhoot Police, with Saif Ali Khan, Arjun Kapoor, and Yami Gautam. The horror-comedy will reportedly commence shooting from the first week of November.

Jacqueline said, “I’m super excited to kickstart Bhoot Police as it’s a different genre I will be exploring. Now, with the new normal, things are going to be very different when we are shooting. We have to finish our quarantine period and immediately head to the sets for the shoot.”

The 35-year-old actress talked about Cirkus which is based on Shakespeare's play The Comedy Of Errors, Jacqueline stated that after the ‘Bhoot Police’ schedule, they will commence work on ‘Cirkus’. She also added that the production is figuring out the exact date.

Jacqueline further informed that she is excited to get back to the shoot life and said, “After the Bhoot Police schedule, we will commence work on Cirkus. The production is figuring out the exact date.” She also added,

I’m gearing up again for a suitcase life; and it’s going to be that way for a long time, but I am not complaining as I will be in a happy place. Of course, there will hardly be time to unwind, as I will have to switch from one character to the next.

On the work front, apart from ‘Bhoot Police’ and ‘Cirkus’, Jacqueline also has films like ‘Attack’ co-starring John Abraham and ‘Kick 2’ with Salman Khan.