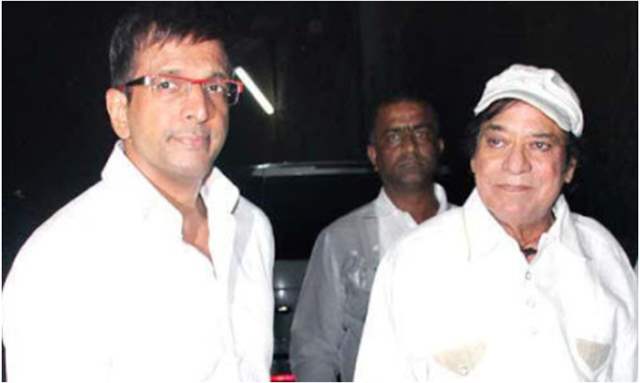 Bollywood is currently mourning the death of another legendary actor - Jaydeep who passed away at his residence in Bandra. The late actor is known to be one of the finest comedians the industry has ever seen and he passed away at 81 in Mumbai on July 8, 2020 (Wednesday) due to age-related health issues.

In a career span of 61 years, Jagdeep has been a part of over 400 films. He was best known for his iconic character Soorma Bhopali in the film Sholay. He also performed the role of Salman Khan’s father in the 1994 film Andaz Apna Apna. Apart from that he has been part of several blockbuster films.

Jagdeep has certainly offered a lot to the Indian Cinema and with sad demise, several celebrities were completely heart-broken. Now, actor-son Jaaved Jaaferi opened up about his father’s sad demise and thanked everyone for the ‘love and respect’ people expressed for father Jagdeep.

The late actor’s family including - Jaaved, along with brother Naved and son Meezaan, were spotted, on their way to the cemetery to offer last rites on July 9, 2020 on Thursday morning. Later, they briefly addressed the media.

In an interaction with PTI, Jaaved said, “There are a lot of people who have sent us messages but we couldn’t reply to everyone. Whosoever is watching this, we thank you for your blessings and love. Our father gave 70 years to the industry and got a lot of love and respect. That love is being reflected today, as we can see.”

“On behalf of our father, who gave his 70 years, please, if you could say a small prayer for him. That will be a lot for us,” he added.

Jagdeep was a part of some of the most iconic films during his time and nonetheless, the characters he played are known to be the face of Bollywood’s pride and honour. Having started his journey as an actor at a young age, Jagdeep made a name for himself through director BR Chopra's 1951 film Afsana. He went on to work in more films like Ab Dilli Door Nahin, Munna, Aar Paar and Do Bigha Zamin as the child actor.

'Kullfi Kumar' Fame Myra Singh To Make an Entry in 'Maddam ...
27 minutes ago