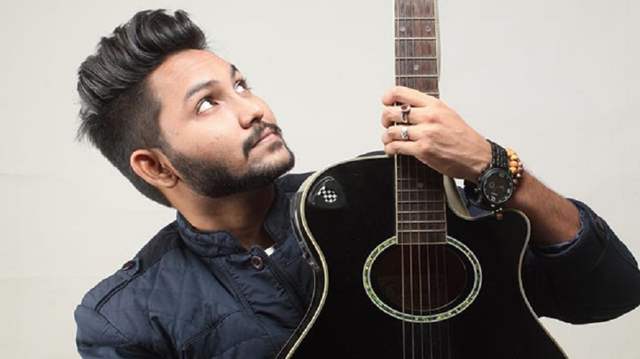 The Bigg Boss 14 virtual press conference saw Jaan Kumar Sanu as the first confirmed contestant for this season. While Salman Khan had some kind words to say about him followed by Sidharth Shukla testing his abilities and also giving away some tips, the singer has always been an ardrent viewer of the show and feels that he will ensure that people love him.

We got in touch with him recently and he sure had some insights to give. Read exceprts from the interview here.

What prompted to you say yes to the show?

Basically, I did not see any reason not to say yes to Bigg Boss because it is perhaps one of the biggest reality shows on Indian television. I’ve been a part of the show since the very beginning, followed all the seasons, and the level of entertainment that Bigg Boss provides to the entire country, I consider myself very lucky to be a part of it, because at the end of the day, I am an artist and I feel the need to reach out to the people.

With a show like Bigg Boss, things can work in either direction – be the big break or a push that one did not need, did you have any apprehensions?

I am pretty positive in nature and I did not think about the latter scenario, to be honest. I am a big believer of what we want, you just need to ask the Universe and it makes sure that you get it. So I did not think about the latter scenario at all because a show where Salman sir is the host, and the kind of fans that support and bless the show, I really think there is nothing that will go wrong. I have been a singer since a very age, performing since a very age, and Bigg Boss is just the biggest stage of them all. It is upto me whether I shy away from the performance or give it my best and kill it, so that is what I am going to do and make sure people love me.

Over the years, who has been your favourite contestant?

I have been watching it right from season 1, and I have never had a favourite contestant until last season. I became a fan of Sidharth Shukla, and that was because I resonated with him on a lot of things, the fact that he was true and honest right from day 1, basically he did not change or put on a show, he walked into the show like it's his thing and had a ‘this is how I am attitude, whether you all love me or hate me, I am not going to change.’ He fought for what he thought was right and I think that is how I have been since childhood, I have got into a lot of trouble, but at the end of the day, it has taken care of me. I have a lot of things that I want to perform with him and like him.

Sidharth also introduced you on the show, how overwhelming was that?

I feel that was the best surprise that the entire team could give me because I have been very vocal about my support for Sidharth since Bigg Boss 13. I have been a fan of that man and when I got to see him when Salman sir introduced me to him, I was pretty excited and nervous and happy at the same time. All of the seasons that I have seen, there is nobody that compares to Sidharth. We had a good conversation, he gave me a few situations and he was very happy with the way I was reacting and he gave me some amazing tips, let’s see how it goes.

Bigg Boss 13 was one of the biggest hits, do you feel it will be difficult to keep up?

It is not just difficult, but it is a monumental task to compete with what those people have done last seasons. We got to see every kind of emotion amplified, multiplied into 100 in the last season of Bigg Boss. There was love, there was friendship, hatred, fights, we saw every emotion possible in the show, I think the biggest mistake would be to compete with that. Maybe we can set an entirely new kind of benchmark with the kind of contestants that are coming in, but I am looking to set my personal benchmark.

Any advice form father Kumar Sanu? What was his reaction when you decided to take this up?

He was very shocked in the beginning, there was a moment of silence when he heard about it and after that, things went pretty smooth because he decided that if you are so sure about being a part of the show, then I think I have no reason to worry. They were shock and amazement in the beginning and then, later on, it transformed into blessings and happiness and support.

arshiipk 25 days ago Is he going to take inspiration from Shukla ?? all the best to other contestants then.. i won't watch this biased violent show anymore. Shukla destroyed it for me forever 😑