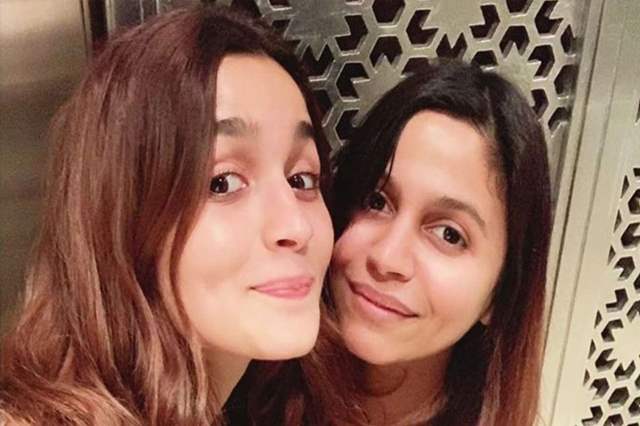 In recent times, actor Alia Bhatt has been one of those who has been pounded with immense negativity, trolls and even hatred surrounding the on-going nepotism debate. The actor's latest release Sadak 2 has now officially become the lowest-rated film on IMDb. You can check our review of the film by clicking here.

It has indeed been quite a roller-coaster for the actor including being by her partner, Ranbr Kapoor's side when Rishi Kapoor passed away back in May.

Taking all this into account and so much more, sister Shaheen Bhatt went on to pen a letter to her sister praising all her feats and especially mentioning how she has managed to stay emotionally stout among many other things. Having turned a photographer for Alia for the Elle cover, here's what sister Bhatt wrote.

“Dear Alia, I’ll admit, I imagined writing you a letter like this would be easy – a cop-out almost. But, when I actually came to doing it, I was chock-full of questions rather than rousing thoughts to fill a page.” She continued, “You’ve already shown the world exactly who you are. There is no introduction for the readers about who the ‘real’ Alia is because the way I see it, there is no secret Alia, no version of you that’s cloaked in disguise.”

She mentioned about treasuring these moments that they have spent during this lockdown, “Through this pandemic, and the last few months in lockdown the bright spot in an otherwise bleak time has been the time we’ve spent together. It has been through this time that I’ve watched the sparks of understanding blossom into a full-blown self-realisation. And there is something truly astonishing in that – being a silent observer to the poetry in motion that is someone’s emotional evolution,” she wrote.

Talking about how she dealt with it, sister Bhatt wrote, “In these past few months, I have witnessed you display the sort of resilience and emotional stoutness that I could only have dreamed of for you. I’ve watched as you’ve weathered incomparable loss and become acquainted with the unfamiliar texture of grief. As you’ve shed old roles and adopted new ones. As you’ve sifted with remarkable gentleness through external onslaught for fragments of insight and gratitude.”

She concluded how Alia has indeed evolved as a person after these difficult times and wrote, “The highs and lows of the past few months have in no way reduced you, on the contrary, I have watched in astonishment as it has only enlarged your spirit, cementing your commitment to being truthful to who you are.”