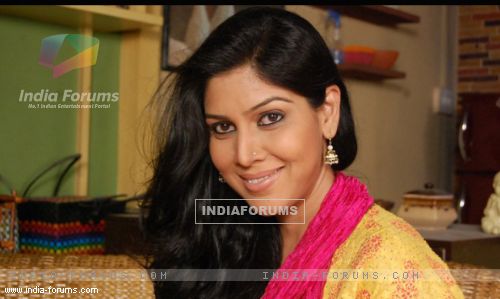 Popular actress Saakshi Tanwar of Kahaani Ghar Ghar Ki and Bade Acche Lagte Hai, says Ekta Kapoor has asked her for a meeting, but as of now, she is clueless about whether a new show is in the pipeline with the TV czarina.

There have been reports that following the end of "Bade...", Sakshi is set to join hands with Ekta once again, in a show titled "Itna Na Karo Mujhe Pyaar", featuring Ronit Roy.

But Sakshi says she's in Delhi with her parents ever since the curtains came down on "Bade Achhe..." in July.

"I've been in Delhi with my parents ever since 'Bade...' got over. Ekta has asked for a meeting when I return to Mumbai. But as of now, I've no clue what it is for," said Sakshi.

She admits that she was approached for a show by Ekta earlier.

"This was for another show before 'Bade...' ran its course. I had to regretfully say no to that offer. At that time I wanted to take a break. Ekta was a real sweetheart about it. She said, 'You let me know when you're done with your break and we'll do something together'."

At this point of time, Sakshi says she has no idea what Ekta has in mind for her.

"Until I meet her I can't really say what we'll do together," said Sakshi, who still regrets the end of "Bade...".

"It was a beautiful journey filled with happy memories. But like they say, 'All good things must come to an end.' I suppose every end is a new beginning," she added.

bishop22 6 years ago Eagerly waiting for a confirmation from Sakshi.
Hope we get some good news soon.
Missing Sakshi!

Triesh 6 years ago ooohw man.. I really hope she says yess. I was already getting excited that she was going to be on TV.

vishakupp 6 years ago Wishing to see her back on TV soon. Sakshi Tanwar's acting is always a treat to watch

muaaz 6 years ago hope she will say yes...waiting for her come back... Miss You and Love You ..Plz come back soon ..

peeyara 6 years ago hoping that she'll say "yes"
missing you

dilini2 6 years ago we all fans are miss you very much so plz SA yes to the show...miss you sakshi mam..

lovelysakshi 6 years ago hope she will say yes...waiting for her come back