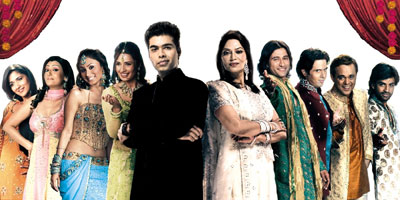 Featured Video
It's time for everybody to Say Shaava Shaava! Watch Aman Verma, Apurva Agnihotri, Divyanka Tripathi, Juhi Parmar, Mannish Goel, Mouni Roy, Narayani Shastri and Sumeet Raghvan as they participate in a first of its kind music reality show! The show will be hosted by talented TV actor Ali Asgar! This musical show is full of masti and naach gaana with celebrity judges comprising of stalwarts like Karan Johar and Simi Garewal who along with the viewers, will judge the most talented soap star of the country! Tune in to SAY SHAAVA SHAAVA from Monday to Sunday at 8 30 pm only on NDTV IMAGINE!

Each participant of 'Say Shaava Shaava' has undergone extensive rehearsals to train their vocal chords for the competition! In every episode, the participants will sing their favorite songs and the judges along with viewers from across the country will select the best singer amongst these top soap stars. The participant with the least scores and votes will be eliminated.

NDTV Imagine has partnered with the country's leading production houses to offer the very best in Hindi entertainment. 'Say Shaava Shaava' will be produced by Contiloe Films Pvt. Ltd.

Say Shaava Shaava airs at 8:30 pm from Monday to Sunday only on NDTV IMAGINE.

15 years ago all d best!will look out 4 d release of this.he does look hot in this pic.

+ 3
14 years ago Cant wait to see Divya perform... sounds like it'll be great! Thanks for the article!

14 years ago Hopefully Apu should really win!! He's the best in singing!