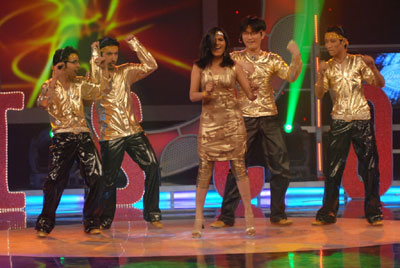 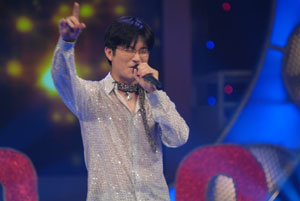 The next Indian Idol is just few steps away as the viewers have selected Amit Paul, Emon Chatterjee, Meiyang Chang, Prashant Tamang and Ankita Mishra as their top 5 contestants who will be fighting to bag the third Indian Idol title.

With the contest now entering the toughest phase everyone has started making speculations as to who would be the next Indian Idol. 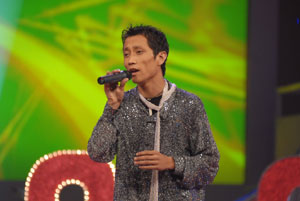 And this lucky winner will be bagging the coveted prize of a contract for one Crore and also getting a luxury car. Even the runners up will be getting handsome rewards and what to say about all the memories they take back from here.

Be ready to tap your feet as the next Gala round has the theme of Disco songs and to impress the viewers, all the five contestants give a brilliant performance!! 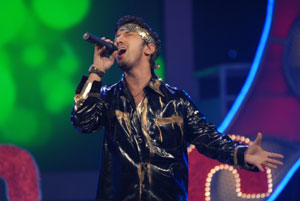 Chang brings back the memories of Rishi Kapoor and the revolving stage of the film Karz with his awesome performance on the song “Meri Umar Ke Naujawano”. Always being called as the girl’s favorite contestant, this song surely left a great effect on the audience as well as Alisha, who always called Chang as her Indian Idol. To keep on track, Prashant follows with another Karz number “Ek Hasina Thi” which impresses Udit Narayan to respond to his performance singing “Indian Idol ki gali mein tumko aana thaa”!! 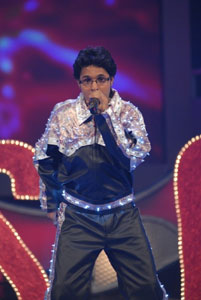 Amit is again applauded and appreciated by all the judges that he is really heading towards the right direction to bag the title for his performance on the song “Yaad Aa Raha Hai”!!
Emon makes an entry in bulb laden outfit singing the Big B number “Saara Zamana”. He makes sure to lighten up stage not just with his outfit but also with his performance. After all these performances how could the “Queen of Dance” Ankita stay back. She too comes with a brilliant performance with the song “Aap Jaisa Koi” and force Anu Malik to comment that “She has raised the bar of Indian Idol performers…” 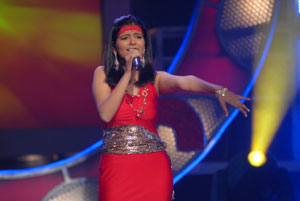 All the fun and frolic with all these mind-blowing performances is not the end this week on Indian idol. Taufique Qureshi, known as the master of rhythm, and his band are going to perform with the contestants. And the contestants in turn are going to prove that they are not just singers but also very good performers with some live performances with the band. The surprise package here would be for the viewers to watch Emon the drummer!

So do not miss out this episode of Indian Idol on Sony this Friday – 24th August 2007, on Sony Entertainment.

14 years ago Q-What if she was earning more than you?
A- Well, then I would expect her to pay all my bills!

+ 3
14 years ago Thanks.. Looking forward to the gala's tonight! Saw a clip of the contestants performance with Taufiq Qureshi..and it was awesommme!! :)

+ 3
14 years ago heeeeeeeeeeee look forward for it