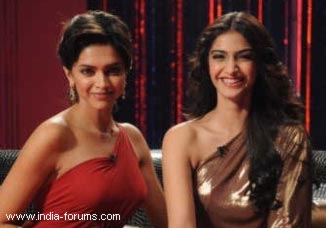 When asked about Deepika's style, the Kingfisher scion nonchalantly said: 'She has not got a bad sense of style either.'

But Siddharth played it safe when asked to choose the most stylish person of 2011.

'I've always actually said this that Prateik Babbar is pretty stylish. He has got his own sort of quirky sense of style. So he is pretty cool,' he said.

Siddharth has reportedly been dating Deepika for a while and the duo has been spotted together on several occasions.