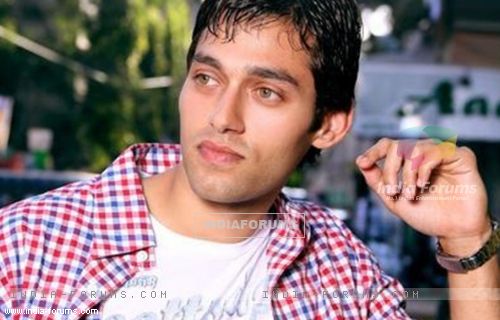 Sumit has now stepped in the genre of comedy so we asked him as how has been his experience so far and about playing a comic character. He told us, "It's been a very good experience so far and I am enjoying a lot. There is so much freedom here in terms of dialogues and everything. It's so much fun to play such kind of a character. It's difficult to make people laugh but I am trying my best to justify the character, the script and the story and make people laugh."

The talented actor also has a good sense of humor in his real life too. So, we wondered whether he adds something on his own in the scripts and he said, "I just go through my scripts before doing a scene so that I get to know about the situation properly and I keep on adding things in my script as per the situation to make it even better. Moreover, it's all about understanding the scene and the situation so that we can perform accordingly."

So, what has been the biggest challenge for Sumit so far? He answered, "The biggest challenge for me is to be in each and every scene but I am enjoying but I don't take it as a challenge; I take it as fun. You need to enjoy everything and I am trying to enjoy each and everything coming my way. People want to work and I feel fortunate enough that I am working and I am there in each and every scene and I would like to thank God, producer and writer for giving me this character to play. I am trying to give my best and I love to enjoy."

How has been the response so far which he gets from his fans? He told us, "They like the character and the storyline. So far it's so good. I keep on visiting various places for promotions and I get a very warm and a good response from the people. I am enjoying it."

Nehashukla 6 years ago yesss u just rock as chintoo !!!
Always bring smile n laughter on my face ...
Keep it up !!!

Ranjinikishan 6 years ago love u sumit..happy to know u are enjoying playing chintoo

Heema22 6 years ago Sumit , great to read that you are having fun with Chintoo's character .

Divineluster 6 years ago love u sumit...

Reemachowdhury 6 years ago love u sumit...thnks IF fr the article
keep smiling sumit:)

Priya258 6 years ago Sumit u r the best actor in any kind of role.We fans love u in every role u did.

vijaykumari 6 years ago sumit u r a besr actor n i lyk ur role in aggj...gud mrng hv a gr8 day

ShivIka..Ketaki 6 years ago good morning sumit n all sumitians. have a good day