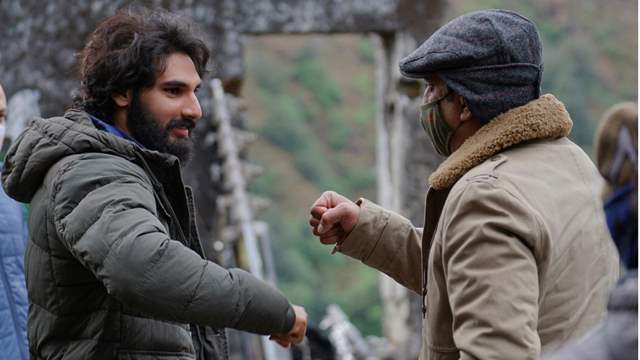 Nadiadwala Grandson Entertainment's 'Tadap' shoot has now concluded. The film went on floors recently starring the fresh pairing of Ahan Shetty and Tara Sutaria. The movie marks the much awaited debut of Ahan Shetty, who will be romancing the dreamy Tara Sutaria in the film.

Announcing the wrap of the film, Nadiadwala Grandson Entertainment shared on their social media handle, "Last Day on the sets of #Tadap. It's not just a film, it's an emotion altogether. #SajidNadiadwala's #Tadap- An Incredible Love Story releasing on 24th Sept 2021 in theatres near you!”

Ahan's first look has given way to an enormous wave of excitement among audiences and the anticipation to see a new face is very high. The film is all set to grace the silver screens on 24th September, 2021.

'Tadap' is a Milan Luthria directorial, Starring Ahan Shetty, Tara Sutaria, Saurabh Shukla, Kumud Mishra and Sumit Gulati. The film is being produced by Sajid Nadiadwala and co-produced by Fox Star Studios, Written by Rajat Arora and the soulful music in the film is by Pritam.

2 months ago Hope he acts well... might give it a watch then