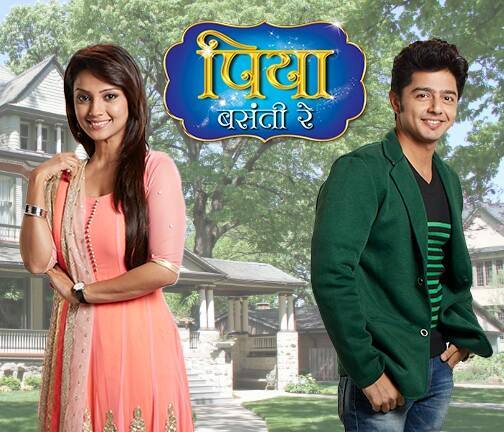 Media has been abuzz since a long time about Sony Pal's Pia Basanti Re produced by Rashmi Sharma Telefilms going off air. Well, the news of the show going off air on December 12 has been confirmed and thus TellyBuzz is here to bring to you guys the update of as to how the show will breathe its last.

Our reliable source informs us, "In the upcoming episodes, viewers will see Savita (Vipra Rawal) and Neeta (Surbhi Zaveri Vyas) planning and plotting against Pia (Adaa Khan) as usual by hiding Kabir's (Alan Kapoor) original graduation mark sheet. The duo accuses Pia in front of the entire family that it is just because of Pia that Kabir's percentage went down. Later, viewers will see that Pia will enter Savita's room and finds the original along with the fake certificate. Pia goes up to Savita and reveals that she has found out the truth that she was behind all the game plans. Learning about this, Savita burns the mark sheet not noticing that Pia had replaced the original mark sheet with the duplicate. Eventually, Pia reveals the truth about Savita and Neeta in front of the entire family."
"Also, the makers have planned a happy ending to the show with everyone accepting Pia as their daughter-in-law and also both the families coming together. Lastly, makers have planned a romantic end to the show with viewers getting to see Kabir and Pia's Suhagrat."
Well, drama plus the romance will surely grab a lot of eyeballs.
TellyBuzz wishes the entire cast of Pia Basanti Re good luck for their future endeavors.
Upasana Patel

+ 2
6 years ago Already this show going off air... I'm sure it just started 2 months ago


All the best Adaa Khan

+ 2
6 years ago Any idea which show will be replacing this?

+ 2
9 years ago Maybe all the other actors deserve to be on that list but Ajay Devgan? No way! Definitely one of the most underrated actors in Bollywood and he was brilliant in Singham!

9 years ago oh wow...this award must have been the worst award on earth...thats why awesome movies like Ra.One, Singham and F. A. L. T. U. were nominated as worst movies...this golden kela award is too low for awesome movies...all the bad movies are good and good movies are bad!!!

+ 4
9 years ago Katrina should be there ..and Sonam should not be there ,She was great in Mausam

Sandra was brave and she knew she was horrible and accepted it gracefully, dont expect that from BW '

+ 2
9 years ago Any guesses if these nominees will attend the ceremony and accept the award? Sandra Bullock accepted it personally if I am not wrong.
Mind you some of the names should not even be there. Who conducted the poll?

shambo88 9 years ago Why was Ajay nominated for rascal when he was able to agrner few laughs compared to Sanjay Dutt who was the weakest link? why isn't SRK and Salman nominated in the category also as their films hve made it to the list? Sonam wasn't that bad in Mausam,Deepika and nargis are acceptable though..

+ 4
9 years ago Lolz! This is so funny. Rascals was flop but still Ajay doesn't deserve this golden banana. I agree this should be introduced in television as non-actors who deserve to be kicked out get best actor awards. More than half and all the newcomers will receive this great award then. Lolz!