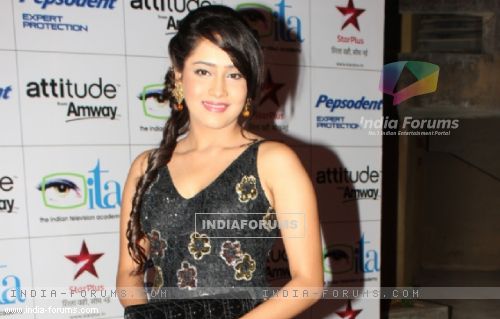 Actress Aasiya Kazi, who was last seen in Zee TV's Hitler Didi, has her hands full with a show in her kitty.

Yes, the actress will be seen essaying the role of Ganga in Balika Vadhu. After Sargun has made an exit from the show, Aasiya was found suitable for the role by the makers and hence has been finalized for the same.

We got in touch with Asiya Kazi to know her experience of being a part of Balika Vadhu and more...

Asiya says, "Balika Vadhu in one of the best shows as its been on air for quite sometime now. The show brought in many good subjects which were loved by the viewers and I am really glad that I got a chance to be a part of this show."

We further asked her that as she is the third actress to essay Ganga's role, so is she nervous that will audience be able to accept her as like the way they accepted Sargun and Sriti? She avers, "Yes I am nervous not because I have replaced someone but because I will have to live up to the expectation of the makers and the audience. It's a challenge for me to play Ganga's role as I will have to get into the skin of the character which will take time. But as the standard of the character is set by Sriti and Sargun, I will have to give my best to maintain the level. But I will give my best as I am looking forward for the role."

We wish Asiya Kazi all the best for the new role!

6 years ago Sriti jha, you bring a breath of fresh air into every role you play, glad you left this BV crapfest!!! and great to see you win two awards for pragya in kumkum bhagya!!!
this pathetic channel colors never promoted your talent like zee is doing.. and we are so so glad to see your happy pics on IG and twitter... keep rocking and keep ignoring all the past crap metted out to you by crappy colors!!

Request of a loyal Ganga fan

+ 2
6 years ago Nice interview Aasiya Kazi...nice to see you back onscreen..Godbless.

+ 2
6 years ago Aasiya u rock as always and u are being loved and adorned by many across the globe.. Love u always..

+ 2
6 years ago Sriti Jha, you rock! You are a splendid actress who makes every role that you do natural and convincing. May you continue to soar to greater heights.

+ 2
6 years ago Good to see you back Aasiya Kazi..All the very best to you.

+ 2
6 years ago after watching 2 epis & scenes of aasiya i m not impressed. shes not suitable 4 ganga.
sargun mehta was v.gud as ganga just like sriti jha.
we want sargun mehta back