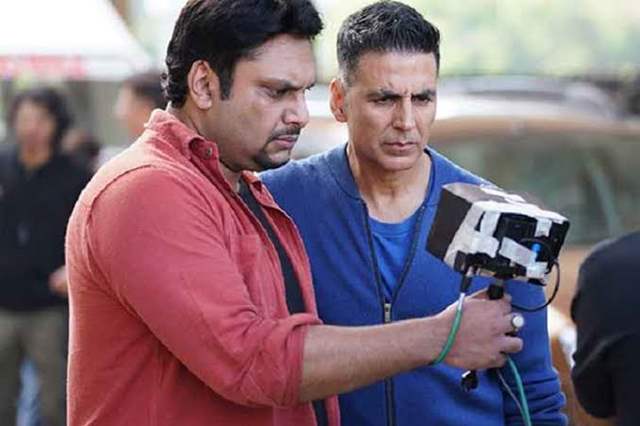 Director Raj Mehta is on cloud nine and has all reasons to be so as his film JugJugg Jeeyo has performed well at the box office.

The director recently talked about his upcoming movie Selfiee, which stars Emraan Hashmi and Akshay Kumar and is an adaptation rather than a remake of the 2019 Malayalam blockbuster "Driving Licence."

For the unversed, the original comedy-drama film follows a superstar (Prithviraj Sukumaran) famous for his driving skills, who loses his licence and how the issue spins out of control after he locks horns with a motor inspector (Suraj Venjaramoodu ), who happens to be be his fan.

The Good Newzz director, said there is a pressure while adapting an already popular film. According to a report from ETimes, Raj said,

"When you create something that is already well-liked, there is added pressure. There will be parallels. There is a tinge of nervousness. We will adapt it rather than remake it."

"I enjoyed the film when I saw it. The premise and core have strong emotions of a fan and a celebrity, which I enjoyed. I took that and adapted it for a Hindi audience in my own way. This is my interpretation, my version."

The film marks the second collaboration between the director and Kumar after 'Good Newwz'. He then revealed that it was the superstar's idea to remake Driving Licence' in Hindi.

"Akshay Sir had suggested I see the film because he had liked it. I would love our audience to see this film as well because it is such a strong story and narrative."

The film also stars Nushrratt Bharuccha and Diana Penty, 'Selfiee' went on floors in March this year and according to Mehta the team has finished 90 per cent of the filming.