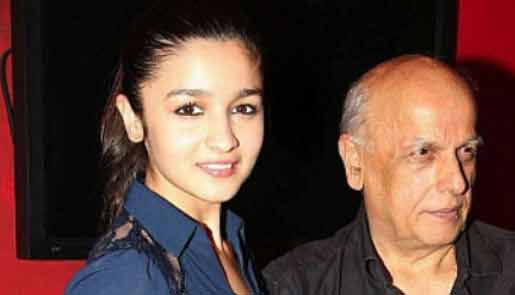 After actress Alia Bhatt, it's her father and filmmaker Mahesh Bhatt who has made his singing debut and the star daughter is happy about it.

Mahesh will debut as a singer in Emraan Hashmi-starrer 3D thriller "Mr X". He will sing a song titled "You can call me X" for the Vikram Bhatt directorial.

"Music is an inseparable part of me. And every time before we record a song first I sing it. I was doing the same for 'Mr. X' when (composer) Jeet's eyes shone up like a child who had found a rare gift. He said, 'You are going to do it'. I didn't see a reason, why not! Perhaps the song was made for me," Mahesh said in a statement.

The ecstatic Alia too shared her feelings on micro-blogging site twitter.

"It runs in the family !!!!!! @MaheshNBhat"," Alia, who sang the unplugged version of the song "Samjhawan" for "Humpty Sharma Ki Dulhania", tweeted Friday.

"Mr" X", produced by Vishesh Films and presented by Fox Star Studios, will release in 2D and 3D on April 17.