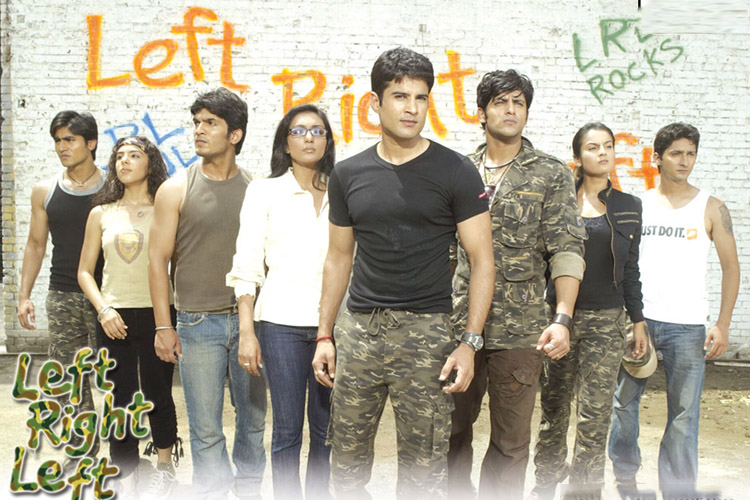 Some shows can never be replaced and can indeed never be forgotten too. Amongst the cult and extreme popular Hindi TV shows, was the revolutionary youth based show, Left Right Left.
Boasting a fresh cast with popular actors Rajeev Khandelwal and Shweta Salve back then, the show went on to become one of the most loved and adored shows of all times.
Currently, almost every actor from the first season is nothing less than a star, which includes the likes of Kunal Karan Kapoor, Arjun Bijlani, Harshad Chopda and Vikkas Manaktala.
And, it was none other than Vikkas aka Cadet Huda who chose to relive the memories of the show by thanking all the fans of Left Right Left and enjoying the famous Cadet Huda theme song -
Nostalgia has hit hard, hasn't it?
31 Likes

suma_yudkbh 1 years ago The show and the actors are still unmatched. Love rajeev and priyanka

Vartika07 2 years ago An irreplaceable show..

Such shows are rarely made and we are proud of watching it.

siild 3 years ago Kunal Karan Kapoor-the most talented and versatile actor of Indian TV rocks.Waiting for his comeback.

Srishti97 3 years ago Kunal Karan Kapoor you are the best actor, comeback soon.

kiran1234 3 years ago Rajeev Khandelwal you are the best actor ever..

AkankshaSingh91 3 years ago Kunal Karan Kapoor you were amazing as Yudi...

Lanuk_happiness 3 years ago Kunal Karan Kapoor ,your acting is very natural and I like your amazing performance...miss you

Malefique 3 years ago Congratulations to the entire cast specially Kunal Karan Kapoor.He was superb as Yudi.