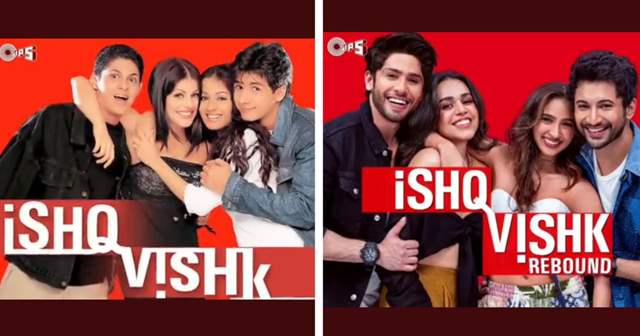 Actor Shahid Kapoor is now over two decades old in the industry and has evolved into one of the best Bollywood has to offer. And even though his performances in the latter part of his career have been all about playing intense roles and challenging characters, one can never forget that Kapoor as the OG chocolate boy when he debuted with the smash hit college drama, Ishq Vishk.

The film which was all about college romance featured an extremely young Shahid Kapoor, Amrita Rao and Shehnaz Treasuerywala in lead roles, where it went on to become extremely successful.

Here we are now, almost 20 years later and a fresh announcement has been made that the film is now getting a second installment which is titled Ishq Vishk Rebound. That's right.

Producer Ramesh Taurani made the announcement as it confirmed that the sequel will obviously have a new cast as well. The new cast stars Rohit Saraf, Pashmina Roshan, Naila Grewal and Jibraan Khan in lead roles-

It is only fitting that Ishq Vishk in 2003 launched and propelled the careers of Kapoor, Rao and Treasurywala where now, teo decades later, it plans to do the same with this new lot of young actors.

+ 5
2 months ago Excited, but hope they don't reunion the old version for us.

+ 5
2 months ago No Sequel! Don't Spoil The Original Movie With Another Remake Not Needed!

+ 6
2 months ago Why do the boys have more eyeliner than the girls?!?!

+ 10
2 months ago Why are BW doing this, stop remaking iconic movies.

2 months ago No creativity, no originality. This is Bollywood. Oh sorry, Copywood.