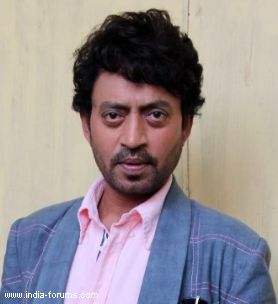 Accomplished actor Irrfan Khan will spend the rest of this year living out of a suitcase as he will be shooting for two films - "Jurassic World" and "Piku".

This week he leaves for the US to begin shooting for Colin Trevorrow-directed fourth part of the phenomenal "Jurassic Park" franchise. The film is to be shot in Hawaai and New Orleans.

"It's a brief schedule to begin with, though my role is anything but brief. At the moment all I can tell you on record is that it's a pivotal role. I am very excited about the project. It's the second American global franchise after 'Spiderman' that I am part of," said Irrfan, adding that he did not share the Indian audience's disappointment over the length of his role in "Spiderman".

He said: "It isn't as if my role was reduced for ulterior reasons. Sometimes a particular character's footage suffers for factors like the film's length, etc. I was very happy to be part of 'Spiderman'.

"Come to think of it, there have been very few projects that I've regretted doing. And those were taken up because I needed the money. Over a period of time I've realized I don't need too much money to keep body and soul alive. However, now my sons have other goals and priorities. They do ask for things, which I never needed or coveted. I never say no to their demands. My movies pay me well enough to keep my family happy."

The remaining part of this year would see Irrfan shuttling between two projects in two continents.

The actor says he is exceptionally excited about working with Amitabh Bachchan in "Piku".

"You keep asking why we've never worked together before. It's not as if I didn't get the opportunity earlier. I was offered Mehul Kumar's 'Kohram' with Bachchan saab. But I wanted to wait for the right film that would do justice to our presence."

Irrran reveals he has some amazing moments to share with the Big B and Deepika Padukone in Sircar's film.

"'Piku' boasts of some unique writing. It's one of the best scripts I've been offered. Bachchan saab gets to do a completely new character. I've most of my scenes with him. It's a very mellow down-to-earth slice-of-life drama like 'The Lunchbox'," said Irrfan, who will begin work on Sujoy Ghosh's film with Kangana Ranaut at the end of the year.

Irrfan bagged the best actor award for his performance in "The Lunchbox" at the Macau Film festival. He's impressed by the competition that he faced to bag the award.

"At any festival the competition that you are up against always matters. Here I was pitched against a formidable actor Toni Chiu Wai Leung whom I've always admired. I also met one of my all-time favourite filmmakers Johnny To. I consider him the master of storytelling.

"During the shooting of 'Life Of Pi', Ang Lee and I had lengthy discussions on his amazing mastery over the language of cinema. In Macau, I got a chance to talk to him. I guess I am blessed," he said.

Irrfan is proud of his journey in filmdom.

"When I started with Govind Nihalani's 'Drishti', I had a chance to work with Dimple Kapadia. I had no clue of how glorious that moment was. I wish I got to work with her later in life. Fortunately, I keep getting the chance to re-invent myself each year. I am very lucky to get roles like 'The Lunchbox' and 'Piku'."