View Profile
Interview with Manjari Padnis
She won hearts with her recent film and has already carved a niche for herself in the Indian Film Industry. Though she wasn't playing the role of the main lead, her character of Meghna in Jaane Tu Yaan Jaane Na has left an imprint in the hearts of audiences. Yes, we bring to you a gupshup with the lovely, beautiful and talented Manjari Padnis!

Jaane Tu Yaan Jane Na has become a huge rage. It's being touted as one of the biggest blockbusters of the year and your work has really been appreciated. How does it feel? 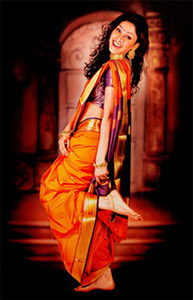 Featured Video
years. My first film Rok Sako Toh Rok Lo released in 2004 and it did not do too well. Though my performance was appreciated, not much came my way and thus I decided to to go underground for two years. In those two years I decided to keep a low profile and patiently wait for a good project to come my way. In the mean time I decided to work on myself as I read a lot of books, watched a lot of films and learned dance from Shamak Davar's institute. These were all great aids in helping me prepare myself and then Jaane Tu Ya Jaane Na came my way! Looking back it feels great that my hard work has finally paid off. Jaane Tu was the perfect project for me!

Many have thought that you have made your debut with Jaane Tu Yaan Jaane Na when infact you have already been in Bollywood for a few years with films like Rok Sako Toh Rok Lo and Mumbai Salsa. How did the role of Meghna in Jaane Tu come to you?

As I mentioned in my two year break I was meeting alot of people and networking. Paki the casting director and Abas's wife really found a liking to me. About 400 girls had been auditioned for the character and the entire cast of Jaane Tu had been finalized except Meghna's character. And then finally one day Abas called me for a look test and audition and I was finalized for the role. I was a little apprehensive about playing the second lead. However when I heard the scenes and dialogues for Meghna there was no way I wanted to let go off this role. I knew it would be a difficult character to play because she is a complicated girl and such a character has not been written in films previously. However I made up my mind that I wanted to play the role of Meghna as it would provide me with a great platform and I would be working with a reputed production house and have beautiful scenes to enact.

You played a very sweet girl in the film who was trying to escape the harsh realities of life. Are there any similarities in the real Manjari and the character you played? What about differences?

There are a lot of similarities between Meghna and Manjari but of course a lot of differences too. Like Meghna, I am a soft person and extremely romantic. I am an optimist as well looking at the positive side of things just like Meghna. However, there are many differences too. Meghna has gone through a lot of tragedies in life before because of her parents and thus starts to fantasize in life. I am not like that at all. Though I like to see positive things in negative things, I am also very well aware of reality. I don't run from reality the way Meghna does. 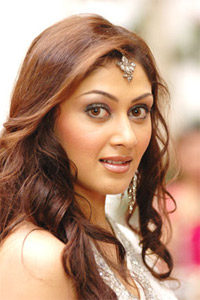 So Manjari does not play the Fantasy game ?

Manjari plays fantasy games very much but she doesn't play what's this for sure. I had a different game I used to play. I was an only child because of which I used to play this game in which I would stand in front of the mirror and give myself situations of life and ask myself if this happens to you, how will you react? So maybe I played a silly little game of my own but its slightly different. Both games are imaginative and creative though and maybe my own game helped me in this role. Acting is reacting basically so it somewhere helped me.

What would you do in real life if the guy you loved actually loved another girl?

I will let him go! There is no point in doing anything if he is in love with another girl and dragging things. Its best to end things if the relationship is one sided as its important for both individuals to be happy. Let him go and if he is yours he will come back!

The main characters in the film have names like Rats and Meeoow. What animal name do you think suits your character the most?

I think Meghna would be a dog because dogs love unconditionally and they are playful, happy, innocent - all the characteristics which match Meghna. At the same time dogs are very firm animals which is a quality that Meghna has. So I think dog is perfect for Meghna.

How did you feel working with the perfectionist Amir Khan? Were the first few days of shoot intimidating?

I still remember the first day when I met Amir. I just said a casual hi to him as I had gone to audition for the first time and though I knew I was going to the Amir Khan Production Office I did not expect Amir to be there since he is a busy actor. So I gave my audition and suddenly I see Aamir walking in to the office. I freaked and completely froze because I have been a huge fan of Aamir Khan and since I wasn't coming from a filmy background, meeting somebody who is one of the biggest superstars of the country is very intimidating. We just exchanged a polite hi and after he left, I was asking myself Oh My God, What Just Happened? That was a very special moment for me! Then of course we went to Panchgani for a workshop before we started shooting and there Amir and Kiran had invited the entire cast and crew for dinner to their place. At that point of time it did not hit me, but later when I went back home I told myself Manjari did you realize that you went to Amir Khan's house for dinner? I was just so spellbound. During the shooting we did not meet much as he was busy with Taare Zameen Par so it was just a quick hi and hello but I still can not forget those initial days.

Post Jaane Tu Yaan Jaane Na how has the ride been in Bollywood? Are there any huge changes between before and after the release for you?

Yes! There are a lot of differences because today people recognize me and take me seriously. I did not come from a filmy background and my first film had not worked that well which made things challenging for me. There have been many auditions I have given where the directors have loved my work but at the end moment I have not gotten the role because I wasn't a star or from a family associated with films. Naturally people are apprehensive about casting new comers but post Jaane Tu things have really changed for me. The media has been taking more interest in me and though I haven't received any offers yet, I know I will be taken more seriously by the film fraternity now.

9. Any offers for future films that you have signed? What can audiences expect in the near future?

Last year I finished a film called I Am 24, which is a beautiful film with a lovely script. It is a comedy which is slated to release this September. It's just the third week since Jaane Tu has release so I am just waiting for some good projects to come my way and though I am hearing a few scripts, nothing has been finalized yet.

A message for your fans..

I just want to say that I love you all and I really want to make the whole nation fall in love with me someday! I am working hard towards this dream and I hope I live up to the expectations of everyone who have loved me in Jaane Tu Yaan Jaane Na!