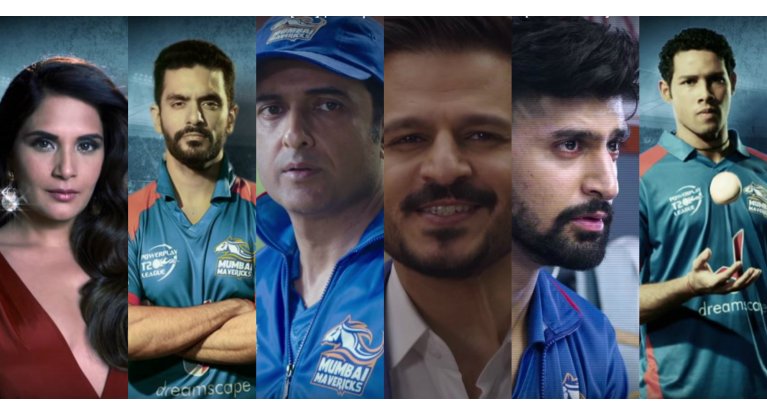 Inside Edge is India's first Amazon original VOD. The web series is based on what goes on behind the game of cricket.
The recently released trailer of Inside Edge introduced the various characters of the show. Wherein the coach of the cricket team was seen to be an honest guy with principles who doesn't bend to the politics of the game while the star player is seen at his arrogant best.
The dynamics between the coach and the key player are close to reality. We cannot help but point out the uncanny similarity between the equation shared by the coach and the star player. The trailer showcases possible ego clash which is close to the real life scenario of our Indian cricket team.
This video clip from the web series highlights the uncanny resemblance between the real and reel life. Inside Edge showcases the various facets like greed, ambition, corruption and of course cricket of the Powerplay league.  The story embraces the journey of the players that thrives on passion, courage, and love. Encompassed with elements ranging from drugs, sex, spot fixing, match fixing among others, the trailer gives you chills as you witness the reality behind the game.
Directed by Karan Anshuman, the series stars Vivek Oberoi, Richa Chadha, Tanuj Virwani, Siddhant Chaturvedi, Sanjay Suri, Sarah Jane Dias and Sayoni Gupta among others.
Inside edge helmed by Excel Entertainment and Amazon Prime Video join hands to venture in the digital age of VOD. The series is set to release on 10th July 2017.
0 Likes