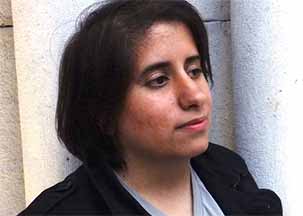 Film producer Guneet Monga, who has backed films like "Peddlers" and "The Lunchbox", says the biggest hurdle for independent films in India is getting a theatrical release. But she sees some relief via names like Kiran Rao and Karan Johar.

Kiran backed "Ship Of Theseus", while Karan presented "The Lunchbox" - both of which have been lauded on the festival circuit.

"The challenge for indie films is a release, and most films face problems due to the marketing costs," Monga, considered one of the most prolific producers of the new wave of cinema, told IANS in an interview.

Even television, which has emerged as a major platform for promotions, has failed as a viable medium for marketing independent films.

"One of the main platforms for film promotion is TV, but the spends for TV are too high to justify a low-budget film," Monga said, adding that the only hope lies in the support of the film industry in its entirety.

" 'Ship of Theseus' was presented by Kiran Rao and Karan Johar presented 'The Lunchbox'. I think both the films blossomed. All of us play a very important role in promoting such films and this is not something that can be done alone in any way.

"You need a lot of forces to come together to make a successful big release happen," she said.

Monga, the co-founder of film production company Sikhya Entertainment and also CEO of Anurag Kashyap Films Pvt. Ltd. (AKFPL), which she joined in 2009, has produced notable films like "Gangs of Wasseypur - Part 1", "Peddlers" and the "The Lunchbox".

While "Peddlers" was picked up by distributors for 12 territories across the world at the Cannes International Film Festival in 2012, "The Lunchbox", was instantly sold in 28 territories at the festival this year. With this, she has converted independent films into a seemingly successful business model.

Sharing the secret behind pulling off unique subjects with vivid cinematography within a limited budget, she said that such movies have more to do with "passion and spirit" than just "money".

"There is no such clear definition of indie films. It's the passion and the spirit that you make it with, and it's about how you pull off your story that you have to tell...and there are many different ways of doing it.

What Monga, however, loves about indie films is the independence of creativity that goes with them.

"With indie films, you have the independence of telling stories. There is a massive pleasure that you get after seeing the film and, for me, it's more like a mission," she added.

Can the association of popular stars a la Irrfan Khan in "The Lunchbox" change the scenario?

"Of course stars are important! But I think what is important for any film is the right actor who can correctly portray a role," Monga said.

Citing the example of films like "Khosla Ka Ghosla", "Hyderabad Blues", "Bombay Boys" and "Monsoon Wedding", she said that none of them films was dependent on a familiar star, but the directors' vision and craft gave them a fillip.

She sees a ray of hope.

"I feel that the future of indie films in the country is safe in the hands of a lot of new-age directors like Anand Gandhi and Nitin Kakkar. The industry now has a lot of good voices, who will break the boundaries of moviemaking," added Monga, who is an ardent admirer of Bollywood superstar Shah Rukh Khan.