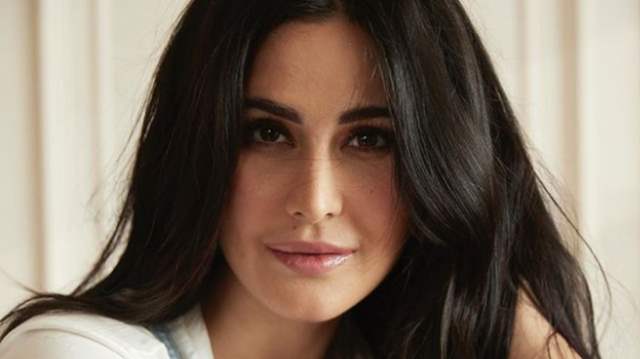 Katrina Kaif has been one of the most sought-after actresses in Bollywood. She knows how to capture the attention of her fans. The actress was last seen in the film Sooryavandshi along with Akshay Kumar.

While she entertains the audience with her films, her social media handle is also somethings fans are fond of as she often documents her personal and professional life on Instagram.

Today, the actress blessed the feeds of her admirers by sharing a series of pictures looking absolutely charming and stunning. In the close-up pictures, Kaif can be seen posing for the lens flaunting her natural glow. She is sporting a crisp white t-shirt with a denim dungree. Kaif ditched the glamed up makeup look and as usual kept it minimal with a nude pink lip tint.

She was posing on a chair flaunting her natural glow. She captioned the pictures as "Musings 🌼".

Earlier Katrina made headlines when she posted a bunch of pictures from her Koffe shoot and hinted towards gracing Karan's couch in the forthcoming episodes of Koffee With Karan's season 7.

Katrina has a glorious work graph ahead with some exciting films in the pipeline. Her horror-comedy 'Phone Bhoot' also featuring Ishaan Khatter and Siddhant Chaturvedi will hit the big screens on 7th October. Apart from this she will also be a part of Merry Christmas alongside south super star Vijay Sethupati. Katrina will also reunite with Salman Khan for the third installment of the Tiger series. The film will feature Emraan Hashmi as the antagonist. She is also signed in for Farhan Akhtar's road trip project Jee Le Zaraa which probably go on floors by the next year.