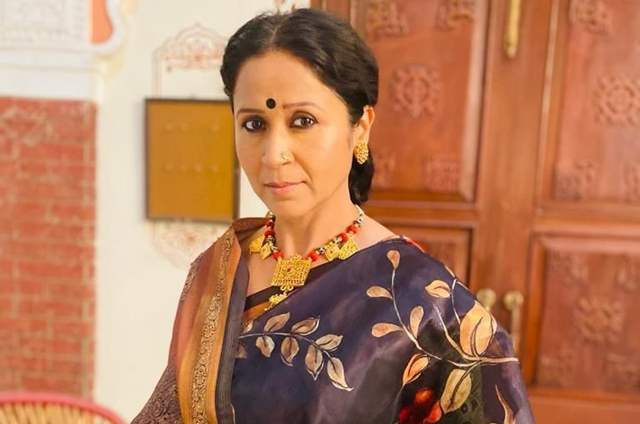 Zee TV's popular fiction show, Meet, has made a special place for itself in the audience's hearts since its premiere. The inspirational show presents the story of Meet Hooda (Ashi Singh), who mirrors several women across the nation, fighting societal norms of gender roles regarding work and responsibilities. Post the recent one-year leap, Ashi Singh has been entertaining the audience by playing the new role of Manjari and while the drama on the show continues, a new character - Barfi Devi is all set to enter Meet and create havoc in the lives of the Ahlawats.

Popular actor Asmita Sharma will be seen essaying the role of Deep’s (Ashutosh Semwal) mother, Barfi Devi, who has come to take revenge from the Alhawats for what they had done with her son during Isha’s wedding. Barfi Devi is a strong Haryanvi woman, who is greedy and wants to get her son married so that she can get her hands on some dowry from the bride’s family. In fact, she is so manipulative, that she tries to control everything and everyone around her. While this is an exciting character to play, Asmita is even more kicked about associating with Zee TV for the first time ever.

As Asmita mentions, “I have always been keen on playing different kinds of characters throughout my career. In Meet, I am playing a strong-willed and cunning Haryanvi woman, who is very dominating and greedy in nature. With Meet being my first show with Zee TV, I am really ecstatic about it and the cast of the show welcomed me with open arms. Shooting with them has been really fun so far and I just hope that the audience likes the upcoming twist as well as my performance.”

While Asmita will create problems in the lives of the Ahlawats, it will be interesting for viewers to witness how Meet Ahlawat constantly doubts Manjari. He now feels that she is actually Meet Hooda, but will he find out the truth?

+ 3
2 months ago Barfi Devi has a very strong screen presence and a "my way or the highway" attitude. I hope the makers weave her role into the story in a meaningful way

+ 3
2 months ago Although I hate Barfi devi as a character but I do like the way she is playing the role which generate immense hate from within. Villains are always way too vile in Meet.