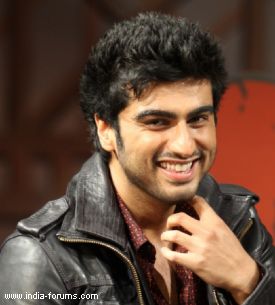 Arjun Kapoor, who has been linked to his "2 States" co-star Alia Bhatt, says he is single and happy.

"I am very happy being single right now. I should concentrate on my career right now. Let me reach a good position in my career and gain clarity in life, only then would I be able to keep a stable relationship," the 28-year-old said here Wednesday at the pre-Filmfare Awards party.

"I am young enough to figure things out as time progresses. So I haven't planned anything yet nor do I have any girl in my life," he added.

Arjun is currently promoting Yash Raj Films' production "Gunday", in which he stars alongside Ranveer Singh and Priyanka Chopra.

While "Gunday," directed by Ali Abbas Zafar hits theatres Feb 14, "2 States", the onscreen adaptation of Chetan Bhagat's "2 States: The Story of My Marriage" is slated to hit screens April 18.