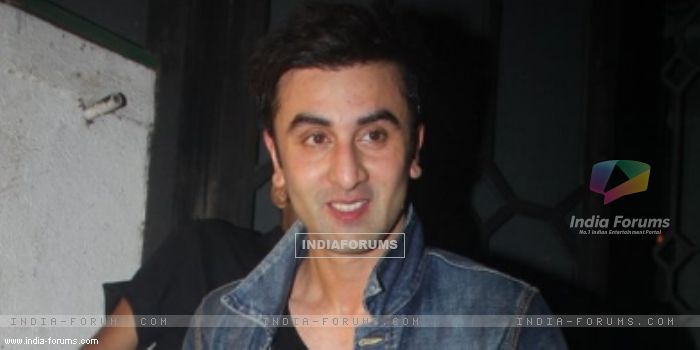 Bollywood star Ranbir Kapoor says he is always prepared to face failure and he finds himself detached from success.

On Wednesday, Ranbir introduced his cousin Aadar Jain, who is going to make his debut with a Yash Raj Films project to be directed by Habib Faisal. The banner will also launch Anya Singh.

Before "Ae Dil Hai Mushkil", Ranbir had a string of films like "Besharam", "Roy", "Bombay Velvet" and "Tamasha" that didn't do too well.

Asked about how he deals with lows in life, Ranbir told the media here: "People have seen me in the last three years. My first film 'Saawariya' was also a big disaster, so I am always prepared for it. I already said that the God is in the work, and I feel really happy when I am working.

"I am quite detached with success and failure of a film, and I wish that Aadar and Anya both at least adapt to that concept."

Sharing some words of wisdom with Aadar, Ranbir said: "When I entered the industry, I got so much advice from seniors, family members and all, but I feel everybody has to make their own journey.

"I can give him advice if he comes to me, but I can't tell him to do a certain film which will help in your career because if one year later that film doesn't work, then it will be wrong... Because we are in such an industry where decisions have to be yours and based on your gut feeling and instincts... It all has to come from within"

He said: "They are the people who are going to help, support, praise and criticize you. When you are doing bad, they will hold you up. They will write bad things about you. Do give them your perspective and what you feel about certain things and it won't harm you if you are politically correct sometimes, so don't be completely honest also."

Talking about how Aadar had worked as an assistant director in "Ae Dil Hai Mushkil", Ranbir said: "I used to bully him. I used to call him in my make-up room and I used to instruct him to say Aishwarya Rai Bachchan or Anushka's (Anushka Sharma) lines so I could learn my lines.

"I was using him, but in a way it was good for him because I used to tell him to act with expressions and emotions."

On the work front, Ranbir is gearing up for Anurag Basu's "Jagga Jasoos" in which he will be seen with Katrina Kaif. The film is releasing on July 14.