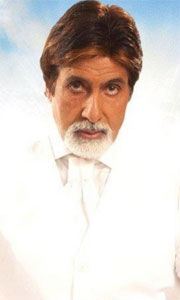 Bollywood mega star Amitabh Bachchan has clarified that he is not playing the role of Gautam Buddha in Puri Jagannathan's film 'Budda'.

'Media is thinking that the next film of mine with Puri is on Gautam Buddha simply because the title approved for that film is 'Budda', which means an old man and not Buddhist saint Gautam Buddha,' Big B wrote on his blog.


'Either the electronic media misunderstood the title because of the spelling or they mixed the other news of Vivek Sharma, director of 'Bhoothnath', wishing to make a film titled 'Buddham Sharanam Gachchami' with me,' Amitabh added.