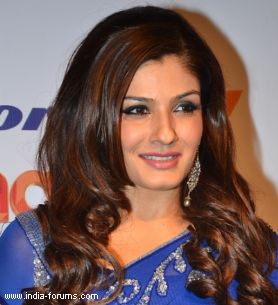 Actress Raveena Tandon has told her fans and film fraternity to stay away from any Facebook page on her name. She says her official account was hacked two years ago, and the hacker is still operating it.

"Please...to all those again who think that I'm on Facebook! That is not me! My Facebook account has (had) been hacked two years ago," tweeted Raveena.

She has been trying her best to get the account deactivated, but in vain.

"Have reported, gone to cops! Done everything to shut it down! This chap who's hacked (it) is operating it from Canada. Be clear - I am not on Facebook," added the actress, who is known for her roles in "Mohra" and "Shool".

On the Bollywood front, she will next be seen in Anurag Kashyap's "Bombay Velvet".

She was also associated with TV reality show like "Chak De Bachche" and had even hosted the chat show "Isi Ka Naam Zindagi".