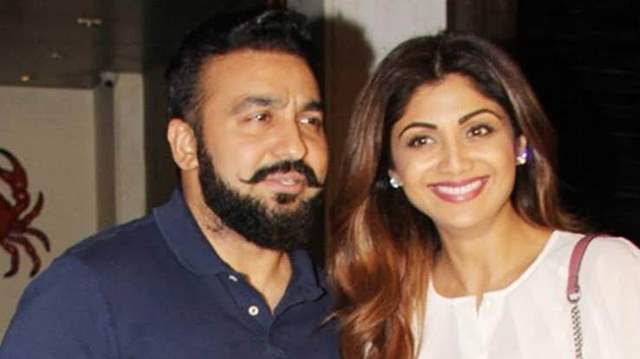 After a court hearing on Friday, the Crime Branch team raided the Juhu residence of Shilpa and Raj. The investigative team is looking for money trail and corresponding emails, which will incriminate the accused and his alleged involvement in pornographic content.

According to police sources, Crime Branch officials recorded Shilpa Shetty's statement in the case. The actress has denied her involvement in the company, claiming she was not aware of the exact content of HotShots.

Sources claim that Shilpa Shetty named Raj Kundra's brother-in-law Pradeep Bakshi for running the functioning of the app and its operations.

After the case came to fore, Shilpa Shetty Kundra resigned from her husband's Viaan Industries, and stepped away from her active entertainment projects involvement, which included a television reality show and her current film.

Years after cricket betting fiasco, Raj Kundra has been again named in a controversy and arrested by Mumbai Crime Branch in the alleged pornography case. The court has extended Raj's police custody till July 27, along with his IT Head Ryan Thrope.

1 months ago I feel bad for their child. Poor guy didn’t sign up for all this.

1 months ago I could be wrong, but remember reading an article saying the police didn't think she was involved pretty early on.

1 months ago What’s the difference between Indian erotica and p*rn? Both degrade women.

1 months ago Oh no she drinks milk from baby bottle. Oooooooooops.