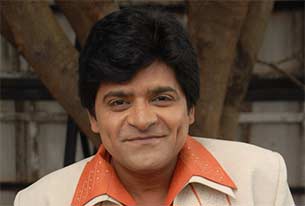 Telugu actor Ali, who has starred in lead roles in several films, says he is happy making people laugh with his comedy and is not keen on playing lead roles anymore as he awaits the release of "Alibaba Okkade Donga".

Ali plays the lead in "Alibaba Okkade Donga", which happens to be his 50th film in a lead role.

"I was never keen to play lead roles again but the director insisted that I do this film as it's my 50th film in a lead role. I don't intend to play lead characters again. I'm happy making people with my comedy, which I have been doing over two decades," Ali told IANS.

He has starred in lead roles in films such as "Yamaleela", "Ghatothkachudu" and "Pittala Dora".

"Ever since I became a comedian, I have been happy with my career. What's more rewarding than making people laugh with your performance. I feel that's a blessing and not everybody can make audience laugh," he said.

"I should be happy that I have that gift. Moreover, if I'm so busy as a comedian why should I even think about playing lead roles. I would rather want such opportunities to go to youngsters," he added.

Ali is busy as a comedian with films such as "Rabhasa", "Gabbar Singh 2" and many more projects.