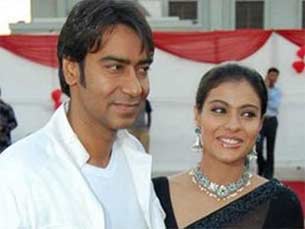 Actress Kajol, who loved her husband Ajay Devgn's performance in "Singham", says she is eagerly waiting to watch its sequel.

"I am looking forward to watch 'Singham 2'. I have not heard its script, but I have got to know that it's a very interesting film. He is working hard for the film and I am sure it's going to be good," Kajol told IANS in an excited tone.

"Singham" released in 2010 and featured Ajay and Kajal Aggarwal in the lead. Reportedly, Kajol was seen whistling while watching "Singham" in a single screen.