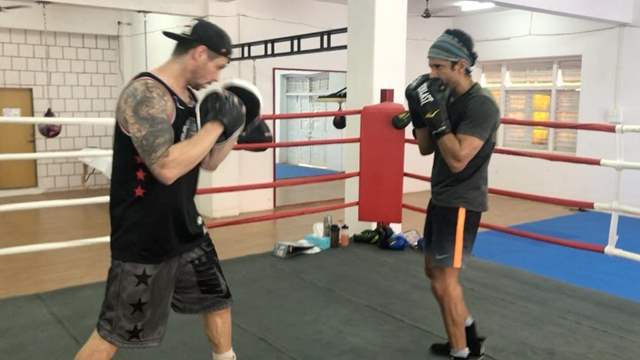 The previously released teaser of Farhan Akhtar’s upcoming film Toofaan has left netizens in awe of his ever-dynamic transformations for his characters.

Giving us a glimpse into his preparation for this role, he shared a video from his early days of training with his Boxing coach – Drew Neal. Practicing to perfection, leave it up to the multi-facted Farhan to ensure he delivers a good sports-drama.

Throwback to March 2019 and still early days of training in the ring with @drewnealpt who pointed out that I’m still not relaxed in the shoulders and still not moving my feet to good effect..

I’m actually just trying to not sit down between sets (didn’t tell Drew that though 😬) ..

Work in progress with progress being the work 👊🏽 ..

Toofaan releases globally only on Amazon Prime Video on May 21.