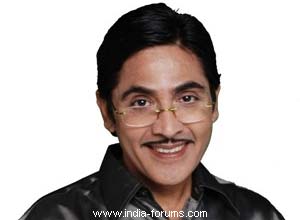 New Delhi, Sep 28 Actor Asif Sheikh, who was first seen in one of the first successful soap operas 'Hum Log', finds his acting journey on small screen very satisfying and says that very soon he will produce a show.

'I think television has given me more publicity because I have done more substantial and meaty roles in TV series. Doing TV has really revised me as an actor,' Asif told IANS.

Asif, who was seen in shows like 'Tanhaa' and 'Yess Boss', continues his stint on small screen with new show 'Don't Worry Chachu', in which he will be seen as Chintan Desai.

'The fun of my character is how he react to a situation. Through this role I am trying to present another level of comedy. I believe people are seeing trash comedy today. To show my kind of comedy, I will soon be producing a comedy show,' he said.

The actor, who has spent more than two decades in showbiz, says he would love to work in movies too, but cinema has become restricted.

'Today cinema has become very restricted with lobbying happening in cinema. Today's scenario is that if you are on good terms with producers and directors and you are the part of a lobby, you will definitely get work,' he said.

He worked in films as well and is still remembered for his negative role in 1995 hit 'Karan Arjun'. Asif's big screen outings also include 'Chhote Sarkar', 'Auzaar' and 'Pardesi Babu' and his last movie was 2010 release 'Benny and Babloo'.

'I am not saying that I don't want to do cinema. I would love to do it, but if nobody offers me good roles than I would not beg for a role. I don't consider myself as an extraordinary person that people will approach me. I feel that my PR is very weak and that's why I lost touch with cinema,' he said.

He also believes that with so many channels coming in 'television has become very competitive now and to match it up, you have to give your best. I never compromise with my work because I believe that if a show gets a hit certificate, hundred people working behind the scene get benefited.'

'Television has definitely got a very short-lived career, but on the other hand some series are still respected by the viewers like 'Buniyaad', 'Hum Log', 'Nukkad' and 'Yes Boss' and I am glad to be the part of some of them,' he added.

The actor gives credit to theatre for his acting skills.

'Hindi theatre has never been so strong compared to Gujrati and Marathi theatre. There are actors like Om Puri, Anupam Kher, Ramesh Talwar, Rakesh Bedi and Sulabha Despande who are trying to keep Hindi theatre alive. We need more young people with an interest in theatre,' he said.