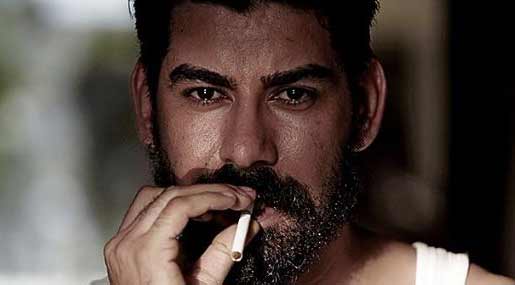 Model-turned-actor Kabir Duhan Singh, who made a smashing debut as the antagonist in last week's Telugu actioner "Jil", says fitness is equally important for actors who play baddies on screen.

"Fitness is no longer just important for heroes. Even actors who play villain roles give equal importance about being fit and looking good. We are in the entertainment industry and it matters how you look. As a villain if you're fit, you're hit," Kabir told IANS.

Kabir's role as the dreaded don in "Jil" has been received well. He says offers have been pouring.

"Ever since the film's release, I'm flooded with calls from the south industry. My Facebook page has received record number of likes. Although I'm a newcomer, I'm delighted that audiences have accepted me. Their response has been overwhelming and it makes me feel like as if I made them sit through the film," he said.

While Kabir had received several offers in the past, he was hell bent on debuting in the south in a big project.

"I was very keen on making my debut with a prestigious banner and alongside a popular star and hence, I was exploring more opportunities in the south. It's tough for a newcomer without any contacts to make it big in Bollywood, which is very star-studded," he said.

"In south, when you have the potential, you get to showcase it in strong roles. The directors here make you deliver beyond one's potential," said Kabir, who has already worked on Ravi Teja-starrer "Kick 2".

Kabir is excited about "Kick 2", which is nearing completion and will release in cinemas this May.

"Director Surender is very happy with my work. I play actor Ravi Kishan's son and come in the film at a very important juncture. I come from abroad and lock horns with Ravi Teja. The scenes between us will be much talked about," he said.

Kabir says he wants to work only in big projects backed by studios.

"Since I've started with a big project, I can't afford to choose small projects now. Had audiences not accepted me in 'Jil', I'd have thought about working in smaller project but I'm happy I've been welcomed. I'm only keen on working alongside big stars," said Kabir, who wants to use his powerful eyes to distinguish himself from other villains in the industry.

"There are so many villains, but very few can strike fear with their eyes," he said.

Kabir is also working in Kannada actor Prajwal Devraj's 25th film, while he is in talks for superstar Puneeth Rajkumar's next project in the language.

In Tamil, he is in discussions with the makers of actor Ajith Kumar's next project with director Siva.