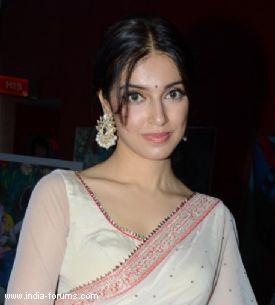 Actress-turned-producer Divya Khosla believes that if a filmmaker's product is good, he or she will succeed.

Divya, who started her career in Bollywood as an actor with 2004 "Ab Tumhare Hawale Watan Saathiyo", believes that everything in life comes to you when the time is right.

She made her directorial debut with "Yaariyan". Even with a new cast and modest budget, she did a decent job.

"I worked hard to be here. I trained for two years, directed successful music videos, honed my skills, worked on my script, casting, locations, music and then 'Yaariyan' was born. If the product is right, you can make your mark," Divya told IANS in an email interaction.

She said the cast was apt for the script. "The story is always the heart of the film. Then comes the power of good storytelling. The cast needs to suit the film and not vice versa."

If required, she is open to work with stars.

"The film drew bigger initial response... My confidence rests with my product. If stars are required, they will be there," she said.

Divya, who is married to T-Series head honcho Bhushan Kumar, feels that she is a creative person and that is why she delved into movie-making business.

"Creativity has always been my forte. As the creative director of T-series, I have worked on all products. But between production and direction, I enjoy direction more," she said.

However, the director does not take the husband's position for granted and that is why it took her so long to direct her first film.

"If you want to make your mark, put in your best. Your family can back you, but you alone are responsible for your failure or success," she said.

Kareena Kapoor Khan’s 40th Birthday: Inside Pics give ...
15 minutes ago

Fire erupts at NCB office building in Mumbai; No injuries ...
26 minutes ago