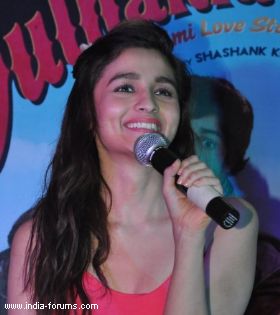 If Alia Bhatt wants her filmmaker father Mahesh Bhatt to direct her one day, she is equally keen to team up with her mother Soni Razdan for a serious film.

The actress of films like "Saaransh", Soni went behind the camera in 2005 for Pakistani actress Meera and Ashmit Patel starrer "Nazar".

"My mom has already directed a film. And now she is going to direct a film in which I don't have any scope, so I will not be part of it," said the 21-year-old.

"In future, definitely we will work together. There is a script, which both my mom and me are excited about. When the right time comes, we will do that film. I would like to do a serious film with my mom," she added.