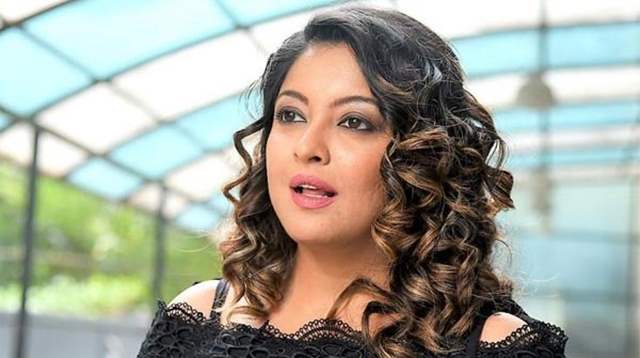 Bollywood actress Tanushree Dutta is currently going through a rough phase in her life as denoted by her social media. The actress posted two long notes on her Instagram stories venting out her emotional baggage.

In her first story shared on Instagram, the actress wrote,

"I wish that all my enemies just drop dead somehow! I wish to not engage in fights or conflicts with the goddammed nasties. I'm a lady! I wish to not live my life hiding or running away but in full freedom & stillness of joy. I wish to be in the spotlight & all the glory of this existence. I'm the prodigal daughter of God so I live long, I live well & I stand steadfast as a beacon of light in a dark world inviting outer worldly forces of light to join me."

"I've been given this to rule over not succumb to. I'm entitled to everything my heart wishes for. Thus. the only logical conclusion is that all my opponents will perish & be destroyed somehow! Amen!! I'm going to meditate on that feeling coz it feels soo good.…forgiveness is only for those who surrender to grace & repent."

Not only this in her other story she also shared her belief in God amidst her testing times.

"God is clearly present in my life despite the horrible foul urine smell issue outside my home. Yesterday cried so much in the afternoon! Issue still persists somewhat but.. Today morning I woke up to the divine smell of fresh roses right next to my bed..no source of it really anywhere in my vicinity. I hadn't sprayed any perfume or room freshener as I had been asleep peacefully for about 6-7hours. And it wasn't coming in from the window or anywhere."

She also had posted a lengthy note yesterday wherein she talked about being targeted by several people and has also described the troubles she is facing because of ‘bollywood mafia, political circuit, and anti-national elements’. 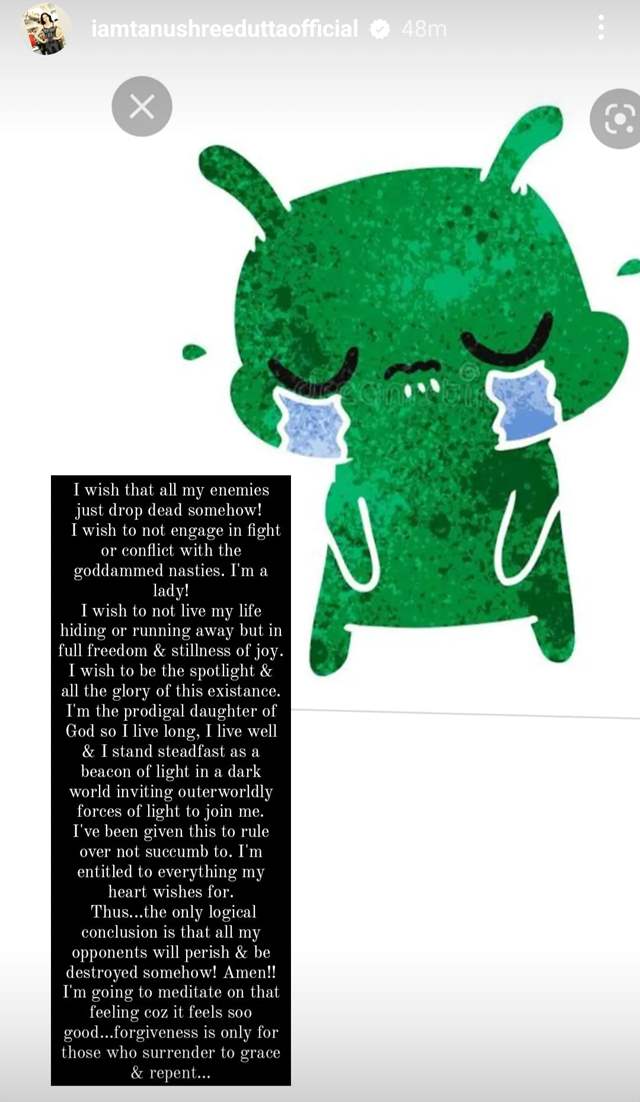 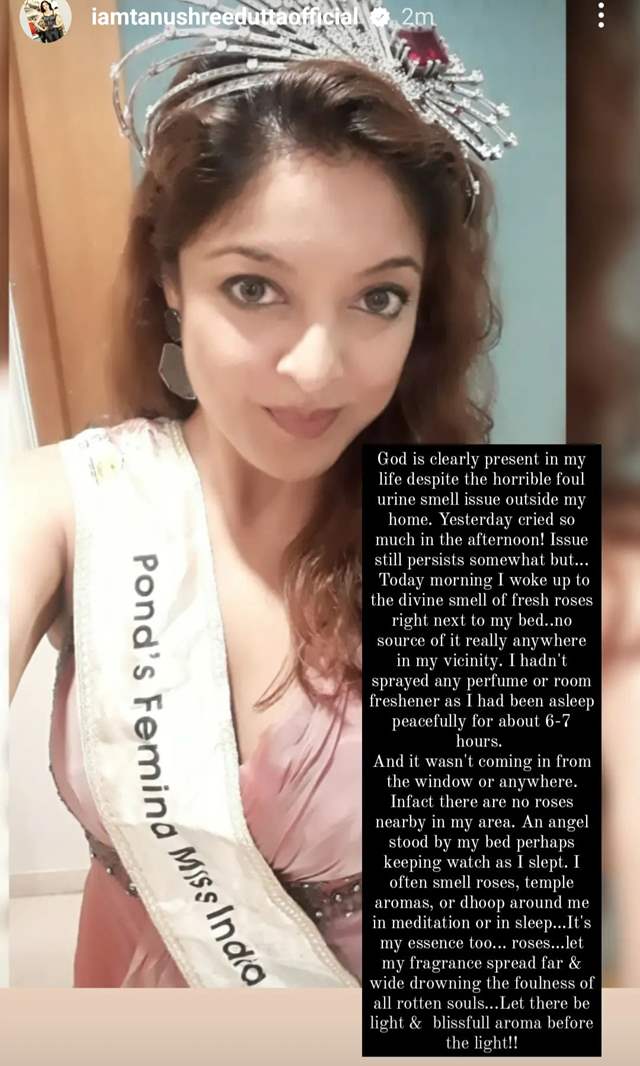 She concluded the note as,

"Infact, there are no roses nearby in my area. An angel stood by my bed perhaps keeping watch as I slept. I often smell roses, temple aromas, or dhoop around me in meditation or in sleep…It's my essence too…. roses……let my fragrance spread far & wide drowning the foulness of all rotten souls.. Let there be light & blissfull aroma before the light!!"

In 2018, Tanushree accused Nana Patekar of sexually harassing her. The case was closed due to the lack of evidence. In the case, the police had filed a B report after they couldn’t find any evidence against the veteran actor.

4 months ago @Rainy_nights Yeah I see you’re clearly projecting here. What more can I expect from a dimwitted Indian c*nt like yourself? Just because you’re f*cked in the head like this bitch doesn’t make it okay for you to project your issues on others you dumb bitch! Quite ironic for someone who belongs to a third world lawless shit hole of a country to call others illiterate. The fact that you’re supporting an attention seeking wh0re like this bitch proves your ugly character and illiteracy. Go take a look at yourself in the mirror and you’ll see who’s truly f*cked up! Brainless indian c*nt! You people are beggars by nature. Always begging for attention and validation. Go bathe in cow dung!

4 months ago @Rainy_nights First go learn what salty means you stupid Indian bitch! You think that just because you learned a new word, you can use them the way you like? Pathetic little slumdog! She desperately wants to come back. Why else would she post a photo of herself in her old beauty pageant outfit? She should check herself into a psychiatric ward and stop this stupid attention seeking.

Rainy_nights 4 months ago Wishing she gets better soon.... Hard to be in a rough spot and find some light. Hopefully she is able to heal and find some peace 💞

+ 8
4 months ago im not sure if she meant urine/roses in a literal or figurative sense. either way she sounds like she is in a lot of pain and i wish healing and peace for her.

+ 3
4 months ago She is giving me Parveen Babi vibes. It seems like her mental health is in a bad state.

+ 9
4 months ago Tanushree woke up and chose violence 😅

4 months ago Seems like this bitch is going through a mid life crisis. She's desperate for attention and no one is giving it to her. Her failed comeback attempt a few years ago pushed her further into obscurity and now she's trying another method. Pathetic little bitch!