Actress and television host Mandira Bedi, who will be seen opposite TV actor Eijaz Khan in the forthcoming film 'Meerabai Not Out', rubbishes talk that she was apprehensive about looking older than her co-star in the film. 'I was not at all apprehensive or worried that I will look older to Eijaz in the film. We tried different looks on me because we wanted that my character looks credible and real. I was not trying to look younger or anything,' Mandira told IANS on telephone from Mumbai. 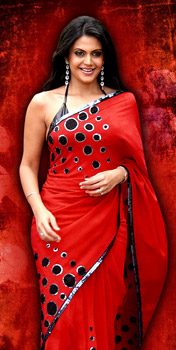 Featured Video
in the film. The film is slated for a Dec 5 release. According to Mandira a lot of films are made around the theme of sports, but they are about the players. She said that 'Meerabai Not Out' belongs to that particular section which is essential for any sport - the fans.

Speaking about her role in the film, she said: 'I play the character of a 32-year-old maths teacher in a Hindi medium school who is crazy about Anil Kumble.' The idea of the film was suggested to Pritish Nandi Communications (PNC) by Mandira's husband Raj Kaushal and it was he who asked National Award winning Marathi director Chandrakant Kulkarni to make the film.

'Since the film revolved around a middle class Marathi girl, we wanted a director who could bring that flavour to the film, and the director of 'Meerabai...' has done just that. He has made the film credible and believable,' Mandira said. As the role essayed by Mandira is different from her personality, did she have to do any homework?

'I am a spontaneous actor. I don't believe in preparing for my roles because I do not believe in method acting. When I am in the character, I go with the flow and with what the director says. In this film my look made me get into my role and feel the character,' the actress said.

Mandira started her career as the protagonist in the hugely popular television serial 'Shanti' in 1994 and then went on to do films like 'Dilwale Dulhaniya Le Jayenge', 'Shaadi Ka Laddoo' and 'Dus Kahaniyaan'. She also acted in the daily soap 'Kyunkii Saas Bhi Kabhi Bahu Thi'. However, it was her stint as the presenter of the show 'Extra Innings' for the 2003 Cricket World Cup that brought her in the spotlight.

On why she has kept a low profile on the Bollywood front, Mandira said: 'Meerabai...' is my fourth film. I know as compared to the time I've spent in the industry, that number is less but I always had this thing that I rather do substantial roles in TV than do low rung roles in films.'

'I am choosy because I can't be a part of anything just because it's related to a feature film. I have to be interested in whatever I do,' she added. After her upcoming venture, Mandira will be seen in Suniel Shetty's Popcorn Motion Pictures Pvt Ltd's 'Mumbai ChakaChak.'

She will also be doing two shows with STAR, one of them being 'Laughter Champion'. She refrained from divulging details of the second show. 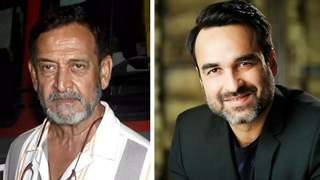