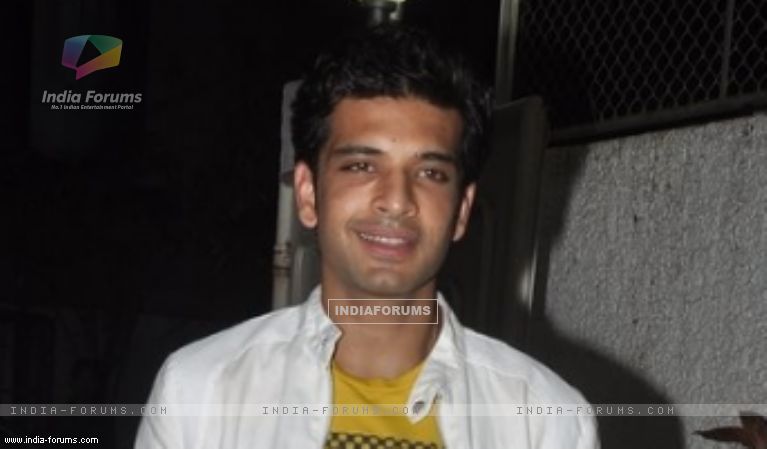 You have seen him hosting in Gumrah, dancing in reality show Zara Nachke Dikha and acting in a few daily soaps like Kitani Mohabbaat Hai, Fanaah and more. Karan Kundra who has explored all genres till now will be now be seen showing his mentoring skills in the stunt reality show Roadies X2.

In conversation with us, he talks about Roadies, reason of not doing daily soaps and more...
Acting, hosting and now mentoring, so what made you take up a show like Roadies?

I have a very good team. Thankfully in the auditions itself I was able to pick good people in my team. It's not only about physical strength but it is also about mental strength, how you survive yourself amid mental pressure. A lot of strategising has to be done further in the show.
How is your equation with the other judges?

Well, I have heard a lot about Rannvijay Singh but after meeting him I have become his fan. Apart from Rannvijay, three new judges have joined the show. I feel it takes lot of guts to accept them and support them.

What did you learn while taking auditions for the show?

I have learnt a lot, the kind of people I have selected for my team have gone through many hardships so their stories have helped me to learn new things.
What is the reason of not picking up any daily soaps?

I have my film releasing this year, I recently did a horror film with Vikram Bhatt then I also have a Punjabi film next for the release so there are lots of things that I have to do. I don't think any Producer would sign me, if I tell him that I want to take a leave to promote a film. So right now my focus is on my films rather than daily soaps.
Lastly what would you say to your fans?

I don't have any winning strategy. I am here for the right reason and that is to inspire people with a strong message. I will be more than happy if I am able to change mentality of people, if I say on my show that all kinds of relationships should be accepted by the society and if it helps someone to change their mentality then it will be like an achievement for me.
Phalguni Sharma

keep it up
love u Karan Kundra

6 years ago love u so very much Karan Kundra

+ 2
6 years ago Epis Getting better & Better!! Loving this season!!

Karan Kundra is as always awesome

+ 2
6 years ago Loved the first episode of Roadies!!

hoping for a rocking season ahead Karan Kundra!!

6 years ago Love you karan kundra
Loving you in roadies!
Thank you so much for the article