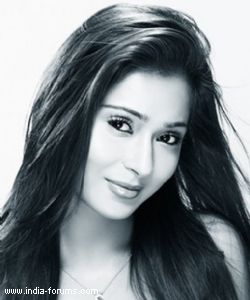 Ali Mercchant and Sara Khan have been in news  for their controversial marriage and divorce on national TV show. Recently Ali was seen in a reality show Life OK's Sach Ka Saamna where he was been tested and won rupees 10 Lakh. After the show had been aired Sara Khan, Ali's ex  shared her view on her fan page of a Social networking site. Sara wrote " Some respect for Ali Mercchant, we all have dark side. But it takes a man to confront them in front of the whole world. I respect you Ali to accept your fault. Though there was no need but since you have done it, I Respect."

On the other side Ali told, " Nothing is Permanent. When life itself is temporary, how can anything be permanent. People don't see the 5 year hard work but see the 10 days of emotional controversy and categorize people."

Well we are sure for now that Ali and Sara are happy in their individual lives. .Well by one can surely say that ' Marriages are made in Heaven'. We wish them Good Luck.

8 years ago Hope to see you again in a new show Sara together with Angad, coz you two look good and have a sweet chemistry.

+ 3
8 years ago Awsome. I Respect And Love Sara Even More Now. She's An Amazing Actress. (:

+ 5
8 years ago Haters of Sara and/or Ali please just get lost! I'm not bothered whether your my friend or not, but this is horrible! Why are you bashing them when they haven't hurt you personally? Just think - how would you feel if you were bashed like this? Sara is NOT at fault can you get that in your head! If she was wrong then she would never have said this! This just proves that she has something called humanity inside her , which is something you bashers don't have! and guess what? Every comment increases Sara and Ali's rank :) So perhaps you are a fan of these two because your doing something which increases their ranks!

And Sara - Love you angel! You are so sweet!

+ 3
8 years ago sara princess u r really very good heart person no need to prove this u forgt person LIKE ALI MERCHANT i will never do dis thing..u desrve MUCH MUCH BETTER THAN THIS GUY..u r princess nd for a princess only a prince can come no one else..all d best for ur life ahean shonaa luvvv u sooo much

8 years ago Sara deserves to move on :) Goodluck in the futre

8 years ago sara i think you should move on in life..everything happens for a good.


You did a great thing by forgiving him..after all he is a human,if not humans who will do mistakes.

8 years ago Why O Why does India Forum always give oxygen to non-brainers...
Whenever I see names of Sara Khan, Ali Merchant, Veena Malik, Rakhi Sawant etc. words like SHAMELESS, OBNOXIOUS, PUBLICITY SEEKER, MONEY GRABBER, TRAILER TRASH, DREGS OF THE SOCIETY AND CONTEMPTUOUS COME TO MIND!