Deepika Padukone has everything going for her in Bollywood. She has worked with top stars and big banners. But she does have one regret - making her relationship with Ranbir Kapoor public. 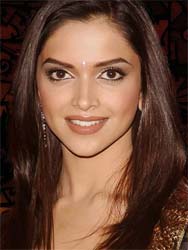 Featured Video
'When we got into a relationship, we decided to be open about it. Otherwise there would be reports about us being spotted holding hands, kissing, hugging, etc. Since we were so clear about our relationship, we had nothing to hide. I thought people would respect that. But it didn't work out that way,' Deepika told IANS.


Deepika was specially upset about the paparazzi pictures of her and Ranbir.


'We both have families and very respectable families. People who take pictures of us secretly must have families and boyfriends and girlfriends. We've now decided not to talk about our friendship. At the end of the day no one is going to see our films because we're a couple,' said the actress who teamed up with Ranbir in 'Bachna Ae Haseeno'.


Any other film with Ranbir after 'Bachna Ae Haseeno'?


'We get offers every day to act together, but we're waiting for the right opportunity. The script has to be special. But we're very clear about not mixing business with our relationship,' she said.


Tell her there was no upward movement in Ranbir's graph as an actor from 'Saawariya' to 'Bachna...' and she protests: 'His graph was already so high in 'Saawariya', where could he go? 'Bachna Ae Haseeno' gave him a chance to do something totally different. I too want to get away from the glam sham.


'Of course, I want to wear good clothes and sing good songs. But I'd be uncomfortable doing just songs and dances. Beyond Sajid Khan's film I haven't signed any movie. Imtiaz Ali's films are very real relevant to today,' she said.


Deepika has mainly worked with older actors - Shah Rukh, Akshay Kumar. In her next, 'Love Aaj Kal', she teams up with another senior actor Saif Ali Khan. But she is not complaining.


'Ranbir and I work like pals. But I wouldn't say I had more fun working with him. You are not on the sets to have fun. But yes, definitely the comfort level with him was much higher even when we weren't seeing each other. My other co-stars were a lot more mature and I was a lot more reserved with them. But I've to tell you, Shah Rukh completely pampered me,' she said.


Talking about her 'Love Aaj Kal' co-star Saif, she said: 'Saif is reserved. I've heard he wasn't like this earlier. I believe he has calmed down a lot because of Kareena or whatever. Saif and I just did our work on Imtiaz Ali's sets and went our separate ways. That's the way I like it. I'm a very reserved person. I'm not here to make friends. But yes, Bipasha Basu and Minissha Lamba are now friends.'


'It's not just a few comic scenes here and there. It's a hardcore comic role. And I wonder how I'll manage it. I'll try. Sajid has a great sense of humour and I'd go by his vision. Sajid just told me to follow him. If my director has so much confidence in me, I can't let him down,' said the actress, who has a very sober image.


So after working with sister Farah it's brother Sajid.


'I'm very fond of both of them. At a time when the entertainment industry wasn't too confident about me, Farah trusted me completely. She didn't even audition me. Farah was the one who spotted talent in me and cast me opposite Shah Rukh,' she said.