Bollywood actress Shilpa Shetty, who is returning to the big screen after four years with the Sino-Indian venture 'The Desire', admits that she missed being on celluloid but has learnt to prioritise her life with time.

'I have taken a backseat from showbiz purely out of choice 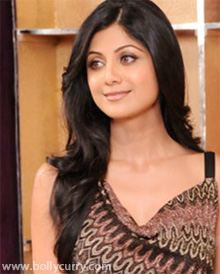 because I am really enjoying what I am doing. I've been there and done that,' Shilpa told reporters here at the launch of website www.grouphomebuyers.com.

Shilpa, who married Britain-based Indian businessman Raj Kundra in 2009, wants to focus on her personal life and business.

'I miss being on the silver screen but I have learnt to prioritise things and my marriage is obviously my first priority.

'Then all my ventures where I have put my hard earned money and my sweat and toil into, obviously require time. So it's not possible for me to dabble into too much,' she said.

The 36-year-old, who has appeared in nearly 40 films, is soon going to make her debut as a producer.

'My production isn't on hold. We are still working on it and there will be an official announcement very soon,' she said.

Her film, 'The Desire', chronicles the journey of an Indian classical dancer, Goutami played by Shilpa, and the love story between her and a Chinese artist, Jai Leang, whom she meets during a travel assignment.