Gone are the days when Raima Sen would limit herself to playing second lead in films like 'Chokher Bali', 'Parineeta' or 'Eklavya - The Royal Guard'.

'I have stopped playing second lead after 'Honeymoo 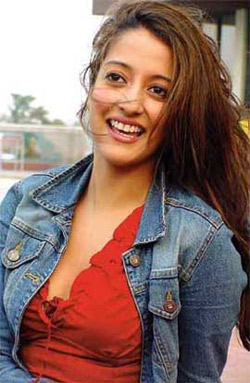 Featured Video
n Travels Private Limited'. But of course, I don't have a problem with acting in multi-starrers provided I am given a significant role,' Raima told IANS.

The actress, who has played lead roles in Bengali movies like 'The Bong Connection', 'Nishijapan' and 'Anuranan', has grounded herself well in Bollywood.

'Besides, there is Aparna Sen's Bengali flick 'The Japanese Wife'.'

Asked about her role in the Bengali film 'Khela', Raima said: 'For the first time I am playing a fashion designer. So far, all the roles I played had certain similarities with my character in real life. But Anjali is not Raima from any angle. She loves dressing people but is careless about her own looks. She is sophisticated in her own way, very much unlike me.'

'Khela' is her fourth film with director Rituparna Ghosh.

'In my first film with Rituda - 'Chokher Bali' - I played the second lead. He was very strict with me and made me a director's actor. Well, that was a real learning experience for me.

'I had wink-and-miss roles in his films 'Antarmahal' and 'Sunglass'. But in 'Khela' I am playing a full-fledged role and he gave me the liberty to do my own. Of course, he helped me with his inputs from time to time.'

Does she have a good rapport with her co-actor and Bengali superstar Prasenjit?

'During the early days of my career I did a commercial with him. I was always in awe of him on the sets of 'Chokher Bali'. But now we are friends and interact like mature people,' said Raima.