Divya Dutta is one of those actresses of Bollywood, who have lived from the bubbly character to the serious character on screen.

She has also been a part of films that garnered a lot of praise.

Divya gave many great performances in her career as well as won many awards for her performance in films.

But you will be surprised to know that even today Divya works on a new project or gets very nervous before the release of any of her films.

This was disclosed by Divya Dutta herself.

Talking to the media channel, Divya said, "For any artist, it is the result of any paper, because we have worked very hard on something. For us, winning awards at several film festivals for the role we have played really creates excitement and nervousness in me. Also I take pride in being nervous and have no shame in admitting this".

Let us tell you that Divya Dutta has received a lot of appreciation for her work in Sheer Qorma.

Talking further, Divya Dutta said that she becomes a part of any project only when her director makes it clear to her what she wants from her as an artist.

Divya Dutta said, "I am already very clear that I will not take all the pressure on myself".

She further added that when she repeats any of her old characters, she does not face any kind of challenge nor does she get nervous. Those things don't make any sense.

She said in a special conversation with the media channel, 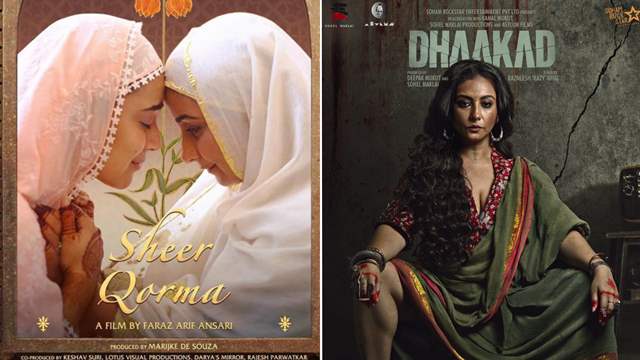 Let us tell you that Divya Dutta has been a part of the film industry for many years. She worked in the 1994 film 'Ishq Mein Jeena Ishq Mein Marna'.

After that we saw her playing different roles in many movies like 'Veer-Zaara' to 'Veergati', 'Iski Topi Uske Sar'.

Divya Dutta was recently seen in the short film Sheer-Korma which was a Lgbt based romance.

She will now be seen in her upcoming film Dhaakad.