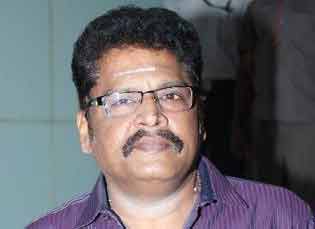 Ace filmmaker K.S. Ravikumar, who has been busy shooting Tamil film "Lingaa" with superstar Rajinikanth, was in for a surprise recently when somebody posing as him posted controversial tweets. He says it was an impostor and clarified that he himself is not on Twitter.

"I'm currently busy shooting for 'Lingaa'. I'm miffed with the news about some controversial post that I had apparently tweeted. Firstly, I'm not on Twitter. Someone is tweeting posing as me... This has to be the work of an impostor," Ravikumar told IANS.

The tweet from Ravi's impostor is said to have been about the next superstar after Rajinikanth. According to the tweet, it was mentioned as Ajith Kumar.

Following the tweet, fans of Vijay, who is considered the next superstar, created a furore on Twitter.

Ravikumar's "Lingaa", which is being shot at breakneck speed, also features Sonakshi Sinha and Anushka Shetty.