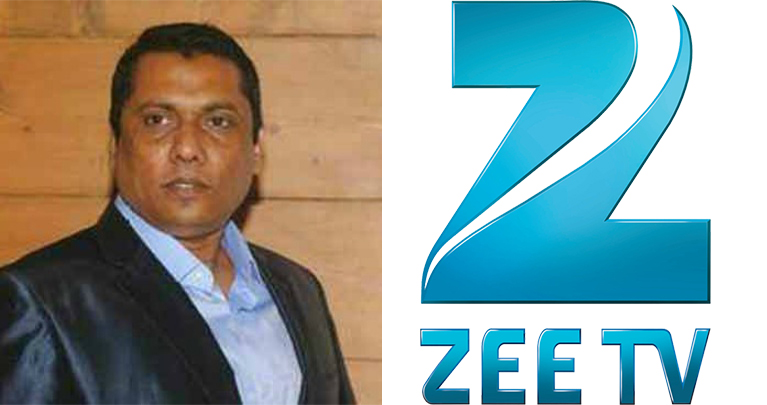 Zee TV is a channel which is famous for its content which is based on the social issues of our society. Rakesh Paswan the Producer of Village Boy Productions has recently produced a new show on Zee TV, Servicewali Bahu. He has periviously produced Afsar Bitiya for the same channel.

He shared with TellyBuzz, his relation with Zee TV.

He says "My connection with Zee TV is very unique. Before producing shows, I was a writer. My first show as a writer was aired on Zee TV which was Dulhan. Later when I went ahead with production, my first independently produced show, was also aired on Zee TV and that was Afsar Bitiya. So as a writer and as a producer too, I have a very emotional connection with Zee TV. Now we are carrying on this relationship, as Zee TV and I have come up with another show Servicewali Bahu."

"Earlier when I did Afsar Bitiya, it was difficult to convey a social message in an entertaining way. The show was based on the importance of girls education and making such a show when there were so many saas - bahu sagas was quite challenging. So I would say that it was a brave attempt of Zee TV's programming team. Now we are have come up with Servicewali Bahu, this show tells us how people have found new ways of asking for dowry", Rakesh added.

TellyBuzz wishes Rakesh Paswan all the best for his new venture!

+ 2
6 years ago Servicewali Bahu is going good, all the best to Kratika Sengar and the team

6 years ago all the best SWB team !! love u kratika sengar !!

+ 2
6 years ago Service wali bahu has had a promising start! Kratika Sengar is awesome!

6 years ago Mr. Rakesh Pasawan,you did very well with Afsar Bitiya in getting your message across to young women...I loved Mitali as Krishna and Kinshuk aa Pintu, their chemistry was magical.. Best of luck with SWB and I am sure Kratika and Abhishek will rock !!

6 years ago Rakesh Paswan - if you are a writer of SWB and if the show continues to entertain us with the way U have so far...nothing can stop you. A show requires entertainment as well a social message where the media and the serial can educate in a nice way...am sure it will. Wishing success.