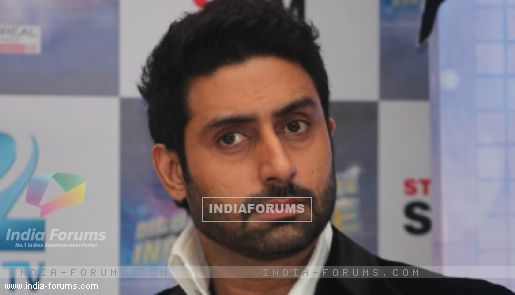 Actor Abhishek Bachchan, who tasted success as a producer with the National Award winning film "Paa", says he's not a huge fan of producing movies. However, he's okay with the job as long as he isn't acting in the project as well.

Abhishek, who played a reel father to his real father Amitabh Bachchan in the 2009 movie, told IANS.

"During 'Paa', I had a very difficult time because the producer in me came in the way of the actor in me. I would be more comfortable in producing a film without me acting in it. If I have to produce a film in which I am acting, that would need a lot of preparation and organisation from my part," he added.

Abhishek's next as a producer is "Shamitabh", which again stars his megastar father.

"'Shamitabh' is more enjoyable because I am just the producer in that. Production is a very difficult job and it's a very thankless job," said the 38-year-old.

Being directed by R. Balakrishnan aka R. Balki, the movie also stars Dhanush and Akshara Haasan.

"Paa" was also directed by R. Balki, and Abhishek says the doors of his home production AB Corp will always remain open for the acclaimed filmmaker.

"He means a lot to me as a director, and helped me restart my production house with 'Paa'. He made me into a producer by making 'Paa'," he said.

Production apart, Abhishek is all excited about his big screen appearance in Farah Khan's "Happy New Year", which releases Oct 24 -- just a day after Diwali.