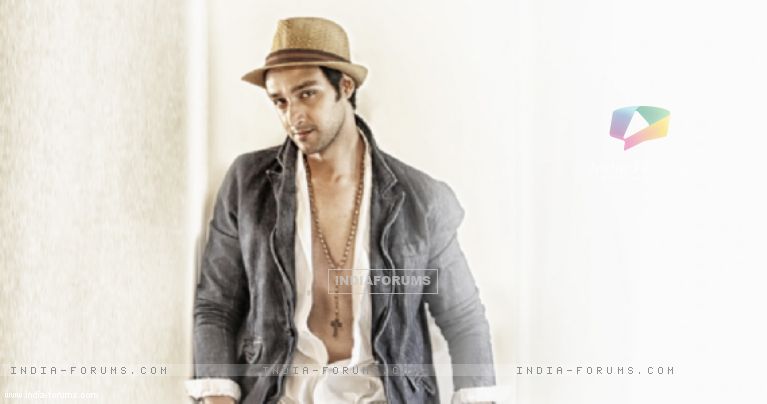 Sundays are special. It is a day to meet our friends, relax and spend time with our loved ones. Not always actors get this special day to enjoy, so we ask our favorite Telly actors regarding their interests apart from acting.

Today we speak to Handsome Sourabh Jain who is seen hosting the crime based show on Life OK, Savdhaan India - India Fights Back to know about his interest in films..

Talking about his favorite film Sourabh says, "The most iconic film according to me which I cannot stop watching is the movie Sholay."

So what did Sourabh like the most in the film? He says, "Sholay is a full pack entertainment film. Starting from the brilliant star cast and their amazing characters i.e. Jay, Veeru, Basanti, Gabbar and even Sambha, not only this the famous dialogues which I got from this film. All in one this movie is a masterpiece for which I cannot stop myself to watch it whenever it comes on television."

We asked Sourabh about his favorite actors from Bollywood and he says, "In Bollywood I like three A's that are Amitabh Bachchan, Aamir Khan and Akshay Kumar while from actresses I use to like Sushmita Sen a lot and now I like the acting of Konkona Sen Sharma.

When asked about the comparisons between films and TV, Sourabh says, "They both are different mediums, TV has its own value, it reaches to every house in a qualitative manner whereas quantitatively Tv has lesser scope compare to films. But for me I feel lucky as I got to play variations on Television through different shows."

5 years ago you are awsome srj in everything. and evrything become more awsome if it goes to you. you are the best

bhanupriya16 5 years ago You are OSM in everything Sourabh! love you so very much

Nuti12 5 years ago my ever charming ever smiling SRJ. I LOVE YOU SO MUCH.

yashaswini7 5 years ago Your choices are so cool n unique! Very good...way to go superstar!

Samaira79 5 years ago Sourabh Raaj Jain you are the best..n super duper cool n cute! I love you beyond words can describe!

Arunima519 5 years ago I love you so much handsome Sourabh Raaj Jain! Your choices are so goood!

namita841 5 years ago Wow great choice of movie n actors! Sholay is my fav movie too..

.roshni 5 years ago Sourabh you are so cute n charming! I love you so very much!