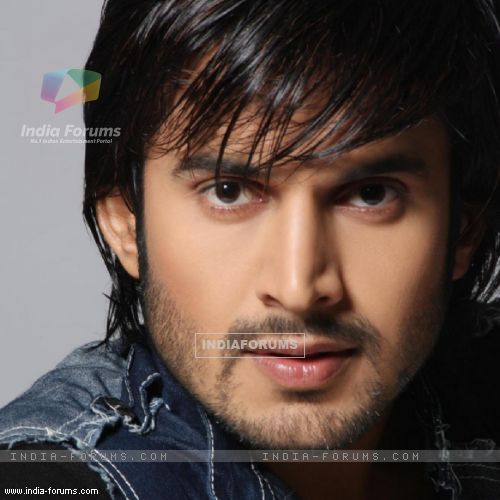 The good looking actor Ajay Chaudhary, who is currently seen in Film Farm's long running popular show Uttaran is happy to be a part of the show which has now achieved a milestone of 1500 episodes.

Ajay who is currently seen playing the character of Vishnu started off with this show as a cameo but later on his character was extended. TellyBuzz spoke to Ajay to know more about his journey with Uttaran, memorable moments and much more.

An elated Ajay told us, "I feel really great and fantastic on the completion of 1500 episodes of my show. It's like a big achievement. We are celebrating every moment of it; off screen and on screen. I started this show with a cameo for seven days and the producer liked my work so much that they extended my character and now it's been two years that I have been doing this character. I am really enjoying my character. It's a very positive character and I am enjoying doing every scene. I am a very positive person in life that's why I can relate to my character. It's a top show and I feel lucky to be a part of this show."

"Tina Dutta, Rashmi Desai, Ayub Khan sir and Vaishali Thakkar ji are my favorite co stars. This is the third time I am working with producers Pintoo and Rupali. I did show with Pintoo sir Dil Se Diya Vachan and I did a film with Rupali ma'am titled as Aaam Raas and they are like a family to me. Before signing Uttaran I didn't even ask her about the character and story. They are the best producers I have ever worked with," adds Ajay.

We also asked Ajay about his memorable scenes. He shared, "The scene I have enjoyed the most is the one where Meethi and I get married to each other unknowingly. We both were not ready for it and I make her understand that we have to be with someone whom we love. The second scene which I love the most is all the romantic scenes with Mukta (Sreejita De) and the third scene that I love the most is my fighting scene."

Ajay get a lot of compliments from his fans and well wishers. Sharing one with us, he told us, "The best compliment I have received so far is that I am an ideal son and a husband. I remember one fan incident when I was in a college festival and one girl came to me and she said, 'You are very cute husband' holding my cheeks. I was completely blank that time."

newkq 6 years ago he has no role..he was lying around in coma and now he is useless trying to jump in front of cars to get money. he is educated and why can he get a job!! useless role he has.

Waiting for ur new show :)

Shaina_b 6 years ago Uttaran is one of the trashiest show ever!!!

He deserves much better!!!!

ShrustiM 6 years ago love u ajay ... u r the best actor ever seen!! u have a gr8 chemistry with tina

tinafans 6 years ago Love u tina Dutta...Ajay and Tina makes one of the better couples of Uttaran