National Award winning actress Konkona Sen Sharma is impressed by Ranbir Kapoor's knowledge of the technical aspects of cinema and feels like a newcomer in front of the young actor who is her co-star in 'Wake Up, Sid'.

'Ranbir is a very big star. And also a good actor. But most impressive is the fact that he knows everything about cinema, and not just acting. In front of him I feel like a novice. Ranbir knows about camera angles and all. In fact, they even took his suggestions on camera angles,' Konkona told IANS. 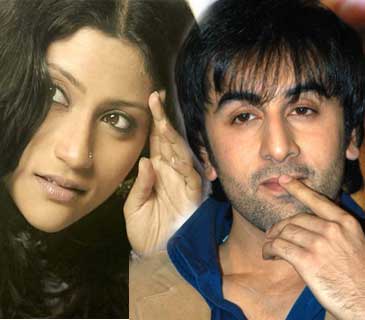 Featured Video
'I'm getting to know Ranbir a bit only now after shooting for so many months. He's warm and sweet, but we both keep in our own space. People want to see how we look together. We come from different genres of cinema,' she added.


Produced by Karan Johar, the film is the first directorial venture of Ayan Mukherjee, who assisted Ashutosh Gowariker on 'Swades' (2004) and Karan on 'Kabhi Alvida Naa Kehna' (2006).


Konkona says she has no aptitude for the technical side.


'I'm an actor and quite comfortable in that role. I don't think I've any plans of directing a film,' said the actress who wowed the audience with her powerful performances in 'Mr. & Mrs Iyer', 'Page 3' and 'Omkara'.


She's also all praise for Farhan Akhtar, her co-star in the 2008 film 'Luck By Chance'.


'I've known him for a while. It's hard to say 'Luck By Chance' is his third film as an actor. He's a natural,' she said.


Tabu was supposed to do Konkona's role in 'Luck By Chance', just like Konkona was Mira Nair's first choice for 'The Namesake'.


When asked if this was her way of getting even, Konkona said: 'You're investing too much power into the actors. I had heard Tabu was to do 'Luck By Chance'. Even 'Page 3' was offered to other people. I was just happy to get both. 'Luck By Chance' is such an intricately written script. The film has a lot of soul.'


Although she doesn't like talking about it, her new home, done up by Pavitra Rajaram, occupies much of her creative space these days. More so since she was down with a viral attack which kept her confined at home.


'I got this viral flu on the sets of 'Wake Up, Sid'. We were shooting in a closed air-conditioned set. And when one person got the fever so did everyone else. We had to take a few days off. But I'm fine now.


'It's basically a coming-of-age story between me and Ranbir. No point in shooting when we're not there. When you're feeling sick you look sick on camera,' said the actress who moved into her new house in December last year.


'I was dying to move in. It's just 15 minutes away from where I stayed earlier. It's much more spacious and far more organised. In my head, I am still living in cottages and barsaatis. Even my earlier place just had stuff cluttered all over. Now I was...like bowled over because I've a real dining table.'