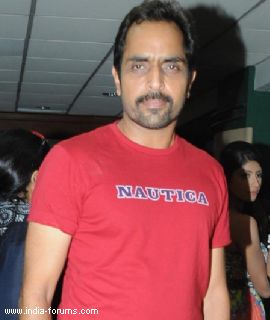 Actor Vishwajeet Pradhan has played the role of a cop a number of times, and he is set to be seen in the khaki uniform yet again in Soham Shah's "Sher". However, he says he fears being typecast and so doesn't say yes to playing the character easily.

"I have played a cop a lot over the years and sometimes I get a bit scared of being typecast," Vishwajeet, seen as a cop in 1998 film "Zakhm" and 2005 film "Zeher", told IANS.

"Many number of times I say no when a producer or a director asks me to do a cop's role, unless the film is very interesting," he added.

Vishwajeet says "Sher" will have a unique flavour of Bollywood masala.

"Our commercial films have somewhat the same substance, but this film is about how the same masala is presented in a new manner. That ways it is a very beautiful film with all the commercial elements put in the right place," he said.

"Sher" features Sanjay Dutt in the lead along with Vivek Oberoi and Pakistani actress Humaima Mallick.

Vishwajeet, 46, is currently busy with the post-production of another film "Kabhi Delhi Kabhi Lahore", produced by Vijay Raaz.

Vishal Bhardwaj on How People are Trying To Malign Bollywood ...
19 minutes ago

Sunny Deol To Make a Netflix Project With Son Karan Deol?
21 minutes ago