His high-pitched voice adds a punch to any peppy number and his livewire performances are often the mainstay of glam Bollywood dos. Now, Sukhwinder Singh has also turned composer in Hindi film Kafila. Back from a concert with Daler Mehendi, where he held the audience spellbound, the singer speaks about his three current projects --- Kafila, Halla Bol and Black and White, and gives his views on international music.

Q: We have heard that besides composing and singing, you have even acted in Kafila?
A: I have performed in one of the songs. Whether I sing in the studio or on stage, I call it a performance. That is because to do justice to a song, the singer must feel it. That's what I have done in the movie. You can call it acting if you wish. But I don't want to get into acting.

Q: How have you composed the music of Kafila?
A: The music suits the title of the movie. Kafila in Hindi means a troop. In the film, there is a troop that tours the whole of India and then goes abroad. We have tried showcasing distinct cultures in the very first song of the film. It has a mix of Rajasthani, Haryanvi and folk music. And there is a dash of Russian and Afghanistan's music as well.

Q: How did you get the taste of music from so many other countries?
A: We had gone to a club in Kazakhstan and that was our tryst with their music. Then we learnt about Afghanistan's music. We are already familiar with Russia's music.

Q: Is it difficult to sing your own composition?
A: Yes, it is a very difficult job because you need to balance the equation. When the composer is in the studio, he should forget that he is the music director, and vice-versa. Long time back, Mr. Anand Bakshi had advised me to leave composing traits at home when I am singing. And I always follow it.

Q: Do you do one film at a time?
A: I do only that many movies that I can do justice to. At present, I have two projects -- Halla Bol and Subash Ghai's Black and White. Mr. Ghai has also made me dance in one of the songs. I didn't want to do it but couldn't refuse him.

Q: This is an era of montage, what's your take on it?
A: I don't like montage in films. I like it only if it is used beautifully the way it was done by Mr. Bhatt in Aashique. There is much use of montage in Deepa Mehta's films. I feel montage ruined the song Rutt Aa Gai Re in film 1947 Earth, so did it in Water.

Q: What do you have to say about the talent shows which have deluged the television industry?
A: I don't like such shows, and would not prefer to judge one either. To start with, it was a nice concept as it gave a platform to budding talents. But now a lot of cheapness has got into it. Contestants are made to memorize sms numbers rather than lyrics.

Q: Which is the most difficult song you have sung to date?
A: I don't think I have come across such a difficult song. But I feel Tere bin nai lagta din mera dolna from Kacche Dhagge was a bit difficult.

Q: Anything that you think you have not indulged as much you wanted to so far?
A: Yes, I am very fond of sports. Very few people know that I can run for six hours at a stretch. I grew up in a dargah, where you mostly find two types of people --- singers and wrestlers. 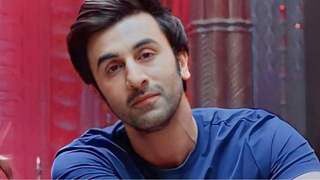 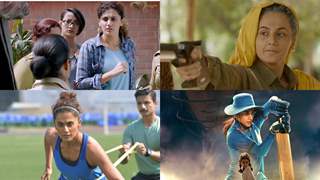